Elton John is looking back on his decision to get sober — a choice he says was inspired by the death of his friend Ryan White.

The legendary singer, 72, recently sat down with NBC’s Harry Smith and opened up about how White’s funeral served as a turning point in his life and helped him get on the path to sobriety.

Prior to the 18-year-old’s death from AIDS-related pneumonia, John had been using and abusing cocaine and other substances.

“I think the catalyst was Ryan White’s funeral and seeing what Ryan went through,” John shared on Today of his decision to get sober, adding that White, without a doubt, saved his life.

“When he died, being there in Indianapolis and coming back to the hotel and complaining about the wallpaper, the décor in the room,” John continued. “[I’m] thinking, ‘You are the most ungrateful little bastard. You complain about everything. This boy has never complained about contracting HIV and AIDS from a blood transfusion. He’s never complained, he’s only encouraged people to get tested. You are a piece of s—.’ And that’s what I felt about myself.”

After years of denial, John checked himself into Chicago’s Parkside Lutheran Hospital on July 29, 1990. He has since been sober for 29 years and recently celebrated the milestone in July.

The entertainer also credits White for putting everything in perspective and giving him a new lease on life.

Part of that new lease includes getting married to David Furnish, welcoming two sons — Zachary, 8, and Elijah, 6 — and establishing the Elton John AIDS Foundation, which has since raised over $400 million toward fighting the disease.

“I could have been one of them,” John admitted on Today. “Of course, I could have become HIV positive; I was very lucky. I was blessed and I always thought it was for the reason, when I got sober, that I would give something back.”

John also spoke why he started first using cocaine, telling Smith he was intrigued from the first time he witnessed someone doing it.

“I saw someone doing cocaine and I said, ‘Well, what is he doing?’ and he said, ‘Well, it makes you feel free,'” John recalled on Today. “And I thought, ‘Hmm, I was always on the outside looking in as far as, like, school and I was never a member of the gang, or whatever. So, I thought, ‘I’m going to try that.'”

John said he instantly began to rely on it because of how it changed his personality.

“I liked it because I could talk,” the singer explained. “I was very shy, so I thought, ‘This is the drug that has opened me up. I can converse, I can be verbose.'”

RELATED VIDEO: Elton John Apologizes for His Expletive-Filled Rant During a Concert

John shares a similar sentiment about cocaine in his forthcoming memoir Me.

In an excerpt obtained by the Daily Mail, the performer detailed a time when he attended a 1975 Rolling Stones concert while on the drug.

Looking back, John seemed to have some sense of regret and embarrassment after he said he remained on stage beyond his scheduled performance and played auxiliary keyboard with the band.

“For a while, I thought Keith Richards kept staring at me because he was awestruck by the brilliance of my improvised contributions to their oeuvre,” he recalled.

“Cocaine had a certain cachet about it. It was fashionable and exclusive. Doing it was like becoming a member of an elite little clique that secretly indulged in something edgy, dangerous and illicit,” John continued. “Pathetically enough, that really appealed to me. I’d become successful and popular, but I never felt cool.”

Me, out Oct. 15, is available for pre-order now on amazon.com. 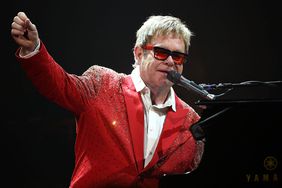 Elton John Celebrates 29 Years of Sobriety in Touching Post: 'I Was a Broken Man' 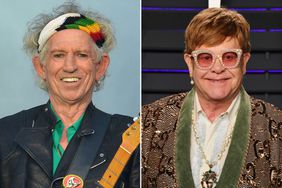