Edie Falco has been proudly sober since she was 29 years old.

The Sopranos star, now 58, quit drinking nearly three decades ago after realizing that she was overdoing it.

Falco told The Guardian that she started drinking as a way of overcoming her shyness as a young theater student as she tried to keep up with her more outgoing classmates.

"I was a non-drinker for years, then I had my first drink at college and I found nirvana," she said. "It was the answer to all my problems, and the cause of all my other problems."

Falco said that she mostly stuck with alcohol rather than drugs, primarily due to the cost.

"Only because I didn't have any money," she said. "I was a big fan of cocaine if it was around, but I could never afford any, and marijuana just gave me anxiety."

'There Was a Lot of Pain': 16 Stars on Their Experiences with Addiction

The four-time Emmy winner said she started to choose which guys to date based on if they drank or not.

"I'd wait to hear how quickly they'd mention alcohol, and that's how I knew they were the next guy," she said.

And Falco kept going like that for years, deciding that she was better at acting when she was hungover, until she woke up one morning at age 29 and realized that after drinking all night, she had accidentally left her front door wide open. That convinced Falco she had to quit.

RELATED VIDEO: The Sopranos Cast on the Legacy of the Show

Along with cutting alcohol, Falco went vegan 10 years ago and has been a vegetarian for longer, including when she was playing Carmela on The Sopranos and pretending to make bolognese and the best baked ziti in New Jersey. Falco said she can't cook, and wouldn't eat the food on set — unlike her late costar James Gandolfini.

"We learned tricks so it looked like we were eating, but we weren't," she said. "But Jim ate in every frigging take, and he ate between takes. There was one scene we were shooting, where he was eating a bowl of ice-cream, and in every take he ate and would then re-fill the bowl, and then at one point, I realized he's not really listening to me – he had gone into a sugar coma! We had to stop and shoot the rest of the scene another day. He was like a five-year-old: 'The ice-cream is good, I like it!' I was like, 'You gotta stop, you're gonna get sick!' " 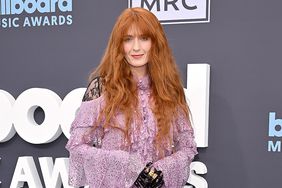 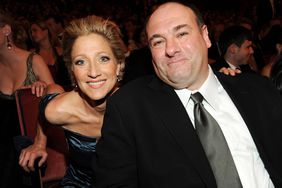 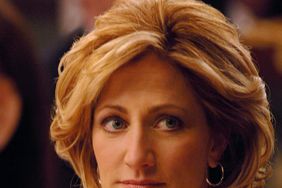 Edie Falco Life After the 'Sopranos'