Drew Barrymore Doesn't Beat Herself Up About Her Weight: 'I Was Never Naturally That Thin'

The actress teaches her two daughters "to embrace who you are"

Drew Barrymore has been a movie star since age 7, but she never bought into the Hollywood pressure to lose weight.

Part of the reason why, Barrymore says, is that she accepted early on that it would be fighting her body type.

“I’ve always been a big champion of embracing your own genetics, because I was never naturally that thin,” she says. “My goal weight does not come easily to me — it is a total Sisyphus fight. I just knew that genetically it would take starving myself and 24 hours of working out to have that type of body, and that was just not my priority. I want to run companies and have children and enjoy food and wine.”

While she doesn’t care about her clothing size or the number on the scale, Barrymore is interested in her health.

“You do get to a point where you realize how important your health and wellness are. It’s a must,” she says. “I want to be able to chase my kids around and be a full-time mom, and as a single mom, it’s double the workload sometimes. To maintain this at 44 years old I have to really take care of myself.”

But in the years after having her two daughters, Olive, 6, and Frankie, 5, Barrymore’s stomach muscles never recovered from pregnancy, and she struggled to work out without getting injured. She recently started using EMSCULPT, a non-invasive procedure to strengthen muscles and eliminate fat cells, and finally feels strong again — her number one goal.

For more on Drew and her life as a single mom, pick up a copy of PEOPLE, on newsstands Friday

“I love going to the clubs and dancing it off, but now that I’m a mom, that’s not my life, but I still have that person inside of me — she didn’t die!” she jokes. “So if I get to go to a workout class and exercise the demons and dance it out to good music, oh my god that’s all I want.”

“We’re always dancing around to that,” she says.

And though she hasn’t had to talk about body image with the two of them yet, Barrymore says she thinks it will be an easier discussion for their generation.

“They’re not there yet. They’re not looking at themselves in the mirror,” she says. “But I think there’s a new dialogue out there that’s super positive. I think this generation is going to look at things very differently.”

Plus, Barrymore says, with her strong body image history she understands how to talk to them about developing that mindset.

“I never beat myself up or forced myself to look a certain way, and my goals have not been vanity-oriented, so I’ll be able to talk to my kids in a very real way about having to work with ourselves the way that we are,” she says. “We’ve got to embrace it. We were all made a certain way.” 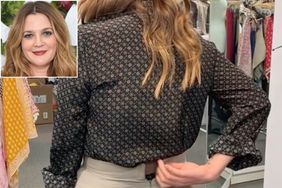 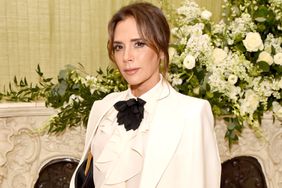 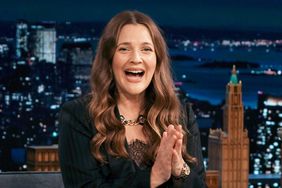 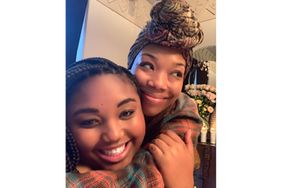 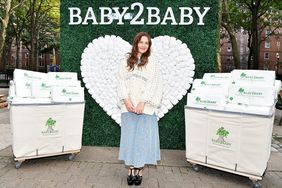 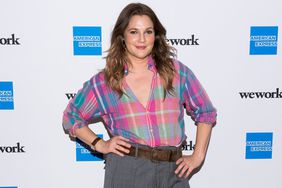 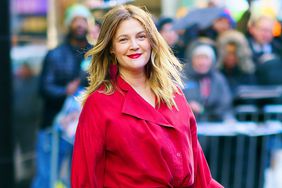