"No one wants to talk about their colon or their rectum and that's why people are dying," he tells PEOPLE

Today’s Craig Melvin is speaking about his brother’s colon cancer diagnosis with the hope that it sprouts change.

Opening up in this week’s issue of PEOPLE about his work with the Colorectal Cancer Alliance, Melvin discussed his brother Lawrence Meadows’ battle with the disease and why he hopes more people start talking about it.

“For us, it was a punch in the gut,” he says about his brother being diagnosed with stage 4 cancer in 2017. “Here's a guy who didn't drink, didn't smoke, lived a clean life, played football in college. He was 39 at the time.”

After Lawrence was diagnosed, Melvin began working with the Colorectal Cancer Alliance, hosting the organization’s main fundraiser, the Blue Hope Bash. He also began highlighting stories related to the disease on the Today show.

RELATED VIDEO: Craig Melvin and Lindsay Czarniak Show Off Their Favorite Room in the House

“We'll do some stories on the show to highlight folks who are surviving colon cancer,” he explains. “Last year, we highlighted some new treatments. The idea is to use this platform that we have, that is the Today show, this wonderful platform, to raise awareness.”

Melvin’s brother continues to battle the disease — and while it has “taken a toll on his body,” Melvin is grateful for the professionals at MD Anderson Cancer Center for “doing God’s work.”

“We have to talk about it,” he says. “People need to listen to their bodies, especially men.”

Melvin added that another reason that motivated him to join the cause was that there is a higher colon cancer and rectal cancer incident rate among African Americans. According to the American Cancer Society, colorectal cancer incidence rates in African Americans were about 20 percent higher than those in non-Hispanic whites and 50 percent higher than those in Asians.

“I want my people to live as long and as healthy as possible,” he says. “No one wants to talk about their colon or their rectum and that's why people are dying.” 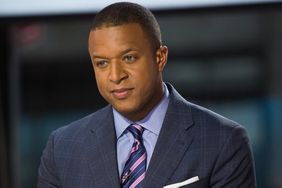 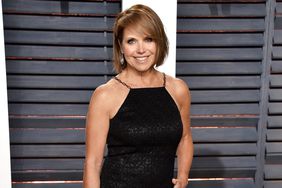