Controversial 'Beach Body' Ads Will Be Removed in the UK

"It can't appear again in its current form," the Advertising Standards Authority announced in a statement

After fighting back with vandalism, a Change.org petition and a protest in Hyde Park in London, body image campaigners have received the verdict they hoped for in regards to Protein World’s controversial ‘beach body’ advertisements.

The Advertising Standards Authority (ASA) met with the weight loss supplement retailer Wednesday to discuss its “Are you beach body ready?” campaign, ultimately ruling that the advert will be taken down in the next few days across the UK.

“Due to our concerns about a range of health and weight loss claims made in the ad, it can’t appear again in its current form,” the ASA announced in a statement obtained by PEOPLE.

The organization also stated that it has launched an investigation to establish whether the ad “breaks harm and [offense] rules or is socially irresponsible.”

The statement continues: “We will now carefully and objectively explore the complaints that have prompted concerns around body confidence and promptly publish our findings.”

Transport for London (TfL) also announced its removal of the posters, telling Metro UK, “We have zero tolerance towards graffiti on the network and take action to prevent it and remove it.”

Crusaders slammed the billboards – which feature a slender model in a yellow bikini posing beside the beach body tagline – in recent weeks for promoting an unhealthy and unrealistic message to female’s about body expectations.

Charlotte Baring, a 19-year-old from East Sussex and the woman behind the Change.org effort, told BuzzFeed News that she is “extremely pleased to hear” that the TfL will be removing the ad from the London Underground.

“I am sure that the public response of over 50,000 signatures and protests has influenced this decision, and I am proud to have been a part of that,” she said.

The company’s CEO Arjun Seth also recently addressed the controversy, dismissing his critics and stating that the attention has helped business.

A rep for Protein World has not responded to PEOPLE’s request for comment.

RELATED VIDEO: What Does Hollywood’s Hottest Fitness Guru Eat in a Typical Day? 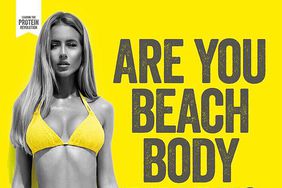 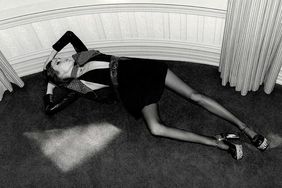 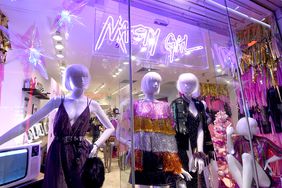 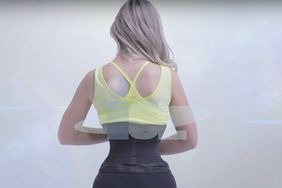 This Waist Trainer Ad Was Banned in the U.K. for Promoting 'Unhealthy Body Perceptions'