"You've just gotta keep your chin up and remember you're going to come out on the other side," Colleen Cappon tells PEOPLE

Colleen Cappon’s senior year of college was different than most. While she lived in an apartment with her friends, stayed up late doing homework and went to parties on campus, the then 21-year-old had another side of her life that made her very different from the average college student.

Every other weekend, she left school to drive two hours from campus to her hometown of Watertown, New York, where she would undergo chemotherapy treatments for breast cancer.

Just weeks before Cappon began her senior year at the State University of New York at Cortland in 2007, she was diagnosed with stage 2B breast cancer. That summer, while she was getting ready for a night out with friends, doing what she calls the “boob scoop” into her bra, she felt a lump in her breast. A bit alarmed but not overly concerned, Cappon thought she should see a doctor just in case. At her subsequent doctor’s appointment, she had an ultrasound done. The doctor told her it was likely just a fibroadenoma — a mass of dense cells. She recommended that when Cappon came back over winter break, she get the mass removed.

But something felt off to Cappon, and she thought, “Why wait until Christmas?” She still had a month to go before heading back to school, so she decided to have it removed. “I can’t really explain it,” she tells PEOPLE of her gut instinct.

The mass was removed and then tested per standard procedure. And as she soon found out, Cappon’s instincts might have saved her life: The test revealed she had breast cancer.

At the time of her diagnosis, Cappon, who is now 31 and living in Albany, New York, was set to start her senior year of college. She had her class schedule, her lease signed on an apartment with friends and she didn’t want to give up that experience.

But she had to start treatment — and the sooner, the better. So Cappon devised a plan with her doctors. Every other Thursday night, she’d drive the two-hour distance from campus to her parents’ house. On Friday, she’d undergo chemotherapy, spending the rest of the weekend at home to recover before heading back to school on Sunday evening.

“I’m a very social person,” she says of her choice to stay in school while undergoing chemotherapy. “I knew if I missed out on this, it was not going to be good for my mental health during my treatments. And they say that’s the half of it, the attitude and positive environment and everything.”

She spoke with each of her professors about the situation, and confirmed with her academic advisor that she’d be able to schedule her classes on Monday through Thursday. Everyone was supportive, she says, and professors told her not to stress about deadlines and assignments — they’d be happy to accommodate any schedule changes she needed. But Cappon didn’t want to be accommodated: She made it through her whole senior year without missing a single class or assignment.

Though she was making frequent trips home each month for chemotherapy, Cappon was able to retain much of her “normal life” at school, she says. She even went to parties when she was feeling up to it.

Cappon finished her four months of chemotherapy in December 2007. That same month, she underwent a double mastectomy, an experience that turned more emotional than she was expecting. She went on to have reconstructive surgery in May 2008.

“I almost had been looking forward to [the mastectomy], because after all this treatment, and having cancer, I was like, ‘I can’t wait to get rid of this part of my body that had the cancer in it, and I’m going to feel so much better,’ ” she says. “And a big part of me did feel better after the surgery, but there’s also a big part that feels almost a little resentful. Especially at 21 years old. Let’s be real, your breasts look the best they’re ever going to look, and I’m getting rid of them.”

But for Cappon, the timing of her diagnosis wasn’t the hard part. In fact, she views it as something positive, despite her young age. In college, she had more time to relax and sleep than she would have had she been working a full-time job. And since she was living with her friends, there were constant distractions from the cancer.

“It was a great situation to be in, honestly,” Cappon says. “I was never alone, I didn’t have a job yet, I could nap between classes whenever I felt like it.”

What was difficult, she says, was the uncertainty that came along with getting a diagnosis that so few women her age had received. Not only was it isolating, but it came with medical hurdles, too. She consistently found questions left without an answer: Her doctors couldn’t tell her if she’d suffer common side effects, or if she’d be able to have children after her treatment was over.

Perhaps the biggest unanswered question was about her fertility. Unlike many young women with breast cancer, Cappon wasn’t able to freeze her eggs before starting treatment because of how aggressive her tumor was.

“You don’t really care or think about having kids when you’re 21, until someone says you might not be able to,” she says. “They just said, ‘We’re going to give you this treatment, and we don’t really know what your future is going to be like. Let’s just concentrate on surviving this first,’ ” she says. “I go off the medicine in January, and it’s really just a toss-up.”

It’s a tough future for a 21-year-old to face. Cappon is now married to her college boyfriend, who she was dating during her cancer treatment. She says that at the time, she was open with him about the possibility that she wouldn’t be able to have children one day, and told him that she’d understand if he ended their relationship. “In the beginning, I said, ‘I don’t know what is going to happen with this kids thing. If you want out, I understand,’ ” she says.

Her boyfriend didn’t want out, and encouraged her to go through with the double mastectomy. His support brought a level of relief to the experience, she says.

“I feel a little guilty about it sometimes, because I had a boyfriend throughout the whole time that was encouraging me to do everything I could to make sure I came alive out on the other side of this,” she says. “Other young women who don’t have a serious boyfriend and are out in the dating world, who’ve had mastectomies, that has to be really tough, and weigh on your decision to get the surgery.”

Almost 10 years later, they’re hoping to start a family in the near future and they’re discussing her going off the drug Tamoxifen, which she has been on for the past decade in hopes of reducing the risk of the cancer coming back. For the first time, having a family is a real possibility within sight. Whether she’ll be able to, however, is unknown. She’s still not sure if she’ll be able to have children once she’s off the medication. She was one of the first women her age to go on the drug for a 10-year period, she says, and was told back in 2007 that they’d simply have to wait and see if it would affect her ability to have children.

“Again, more uncertainty,” she says. “But at least I’m here.”

In the years since her first post-chemo and surgery screening showed no evidence of cancer in May 2008, Cappon has connected with many other young women with breast cancer, something that she says has been “really rewarding.”

“I remember really clearly when I was diagnosed feeling like there was no one I could find at my age who had done this and came out okay on the other side, leading a healthy, normal life,” she says. “You’ve just gotta keep your chin up and remember you’re going to come out on the other side.” 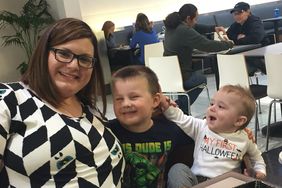 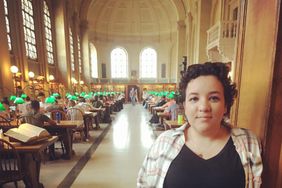 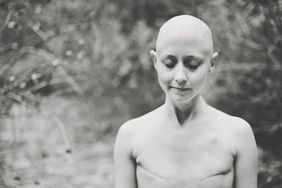 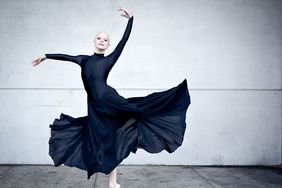 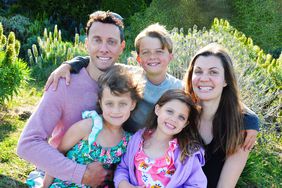 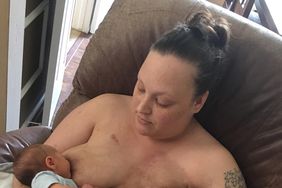 Mom Breastfeeds Her Newborn Son After Cancer and a Mastectomy: 'It's an Amazing Feeling' 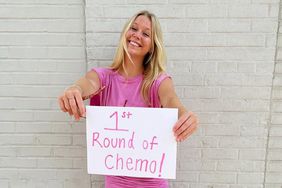 'One in a Million': 'Anne with an E' 's Miranda McKeon on Getting Diagnosed with Breast Cancer at 19 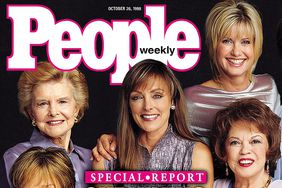 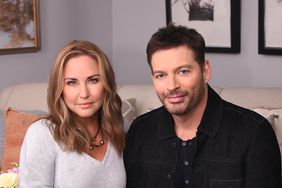