Christina Applegate has been open about her health through the years, including a breast cancer diagnosis, early menopause, and insomnia

Christina Applegate has been diagnosed with multiple sclerosis.

The Dead to Me actress, 49, took to Twitter on Tuesday, writing, "Hi friends. A few months ago I was diagnosed with MS."

"It's been a strange journey. But I have been so supported by people that I know who also have this condition," she continued. "It's been a tough road. But as we all know, the road keeps going. Unless some asshole blocks it."

"As one of my friends that has MS said 'we wake up and take the indicated action'. And that's what I do," the Emmy winner wrote in another tweet.

Applegate then asked for privacy "as I go through this thing."

The Married with Children alum has faced several health concerns through the years, including a breast cancer diagnosis in 2008 followed by a double mastectomy, having her ovaries and fallopian tubes removed in 2017 as a precautionary measure as she carries the BRCA1 gene mutation that causes a heightened risk of developing cancer, surgery-induced menopause in 2018, and a long battle with insomnia.

In April 2018, Applegate told PEOPLE that she felt a responsibility to fans on being open about her health.

"If you do have a voice to do it, which we [as actors] are fortunate to have this platform to be like, 'I am just like you, I can't sleep, I feel like crap a lot of the time because of this, but I want you to feel okay with it and not feel shame about it and get information about it so that you can have a better quality of life,' " she told PEOPLE Now while promoting her "Why So Awake?" campaign. "And same goes for my battle with cancer."

Initially, the mom to daughter Sadie, 10, was hesitant about going public with her cancer diagnosis, but ultimately decided to take advantage of her platform. 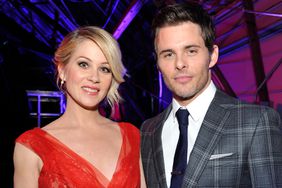 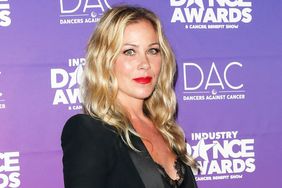 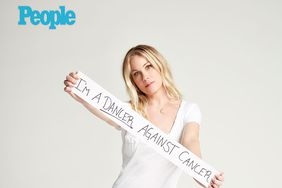