This is Us star Chrissy Metz isn’t mincing words when it comes to Lady Gaga‘s recent bout with body shamers.

During a recent episode of SiriusXM’s Just Jenny, 36-year-old Metz spoke passionately about the criticism Gaga received after the singer wore a stomach-baring outfit during her Super Bowl LI halftime show performance.

“That made me bonkers, bananas crazy. How is someone fat if they’re not fat?” Metz began. “I wanna see somebody else get on that damn stage and do what the hell she did.”

The “Born This Way” singer gave a high-energy performance at the event, in a set filled with dancers, lights and even a costume change. Gaga, 30, changed out of a sparkly Versace bodysuit and into a white crop top with sparkling, silver bottoms.

Chrissy Metz Defends Chris Sullivan’s ‘This Is Us’ Fat Suit: ‘He Understands the Plight of Being Overweight’

Although many praised the performance, some apparently criticized the star’s figure, prompting Gaga to speak out in an Instagram post, writing, “I’m proud of my body and you should be proud of yours too.”

However, Metz said that the body shaming likely had nothing to do with Gaga.

“What the core of the issue is is that we project all of our stuff and our crap on other people,” she said. “If we’re really, really genuinely happy with ourselves and we love ourselves, you can’t talk s— about other people. You can’t be hateful because you love yourself.”

The actress even spoke out about the body criticism Kesha has received in recent years, saying, “she looks great.”

“Leave her alone,” Metz continued. “If she’s healthy, who cares?” 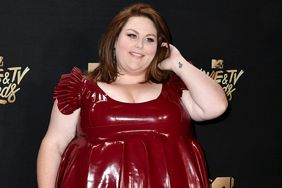 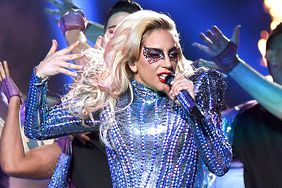 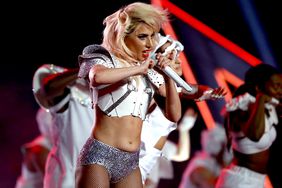 Lady Gaga Explains Why She Responded to Body Shaming Comments: 'I Couldn't Ignore That'