Brooklyn Decker is having a particularly tough time getting back into her fitness regimen.

This week, the model, 32, gave fans a very candid — and relatable — inside look at her exercise routine as she works to get back into shape after not consistently training for three years.

In the Instagram posts, Decker — who welcomed daughter Stevie last November and also shares 3-year-old son Hank with husband Andy Roddick — admitted that while her fitness journey has been difficult, she is determined to get her pre-baby body back.

The hilarious documentation of her workouts began on Sunday when Decker posted a photo of herself bent over and grimacing, as she wore a gray T-shirt, red spandex and matching red sneakers.

Brooklyn Decker Stands Up to Her Body Shamer: “Children Sucked the Life Out of My Body”

She continued with her tough workouts on Friday — but like her first post, it seems things weren’t going as smoothly as she perhaps anticipated.

“This ‘getting back into shape’ thing is going really well,” she wrote beneath a photo of herself passed out on the floor with her forearm covering her face. “On this run, I almost shat me-self. Any other gals (moms?) dealing with this 😩.”

Decker then followed up her hysterical post with a video on her Instagram Stories, which was taken while the actress remained on the floor.

Captioned over the clip, the mom of two wrote, “UPDATE Operation ‘get back into shape’ is a massive effing failure.”

“This is me laying on the floor because I can’t get up and walk after,” she admitted through heavy breaths. “I just went on a run and … when I came in from the run — where I almost vomited, amongst other things — my husband started doing all these crunches.”

She went on to pan the camera toward her former professional tennis player husband, 36, as she jokingly told her followers, “He’s such a d—.”

In response, Roddick defended himself and said, “I needed to do crunches!”

Finishing her message, Decker shared, “I don’t think I’m ever gonna get up,” which prompted a laugh from her husband.

“Why are you laughing?” she passionately asked him before the video cuts off.

Brooklyn Decker Says ‘Food Is There to Be Enjoyed’: What She Eats in a Day

Decker’s decision to get back into a consistent workout routine could be due to the fact that she’s tired of dealing with post-pregnancy body-shamers, who claim she looks unhealthy now that she’s a mom of two.

The Grace and Frankie star recently clapped back at a follower on Twitter after they said that they’re “confused” because she “looked so good” in her 2011 movie Just Go With It and now “looks gangly.”

“For the umpteenth time — because people love to comment on my body (or lack thereof) my children sucked the life out of my body and left behind a bag of bones,” Decker wrote. “I don’t know what else to tell you. I miss my boobs too — I don’t even know what to call them now.”

Still, the mom of two has previously said she makes a point not to worry too much about her body and dieting.

“Food is there to be enjoyed, and the less you deny yourself what you want, the more you tend to make consistent wholesome choices,” Decker told PEOPLE in September. “If you want the cake, have the cake.” 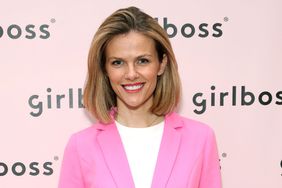 Brooklyn Decker Stands Up to Her Body Shamer: 'Children Sucked the Life Out of My Body' 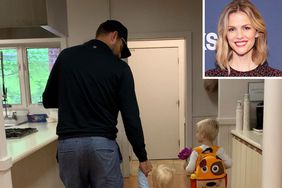 Brooklyn Decker Breaks Down Again After Dropping Daughter Off at School: 'Are We Bad Parents?' 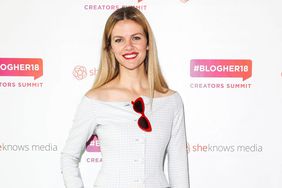 Brooklyn Decker Says 'Food Is There to Be Enjoyed': What She Eats in a Day 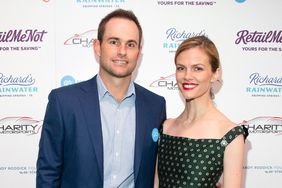 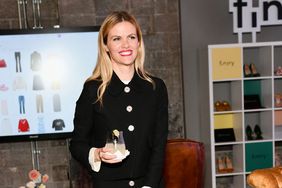