Brooke Shields' accident in January left her with a broken femur, required multiple surgeries to fix and later turned into a staph infection that had her in "excruciating" pain — but the actress made a point to refuse any prescription painkillers as she recovered.

Shields, 55, never took anything stronger than over-the-counter drugs like Tylenol out of concern that she would form a reliance on opioids like OxyContin or Vicodin, she tells PEOPLE.

"I didn't want to leave the hospital with no pain, get home, and think I was dying, because the pain was excruciating," she explains after speaking at The Marie Claire Power Trip: Off the Grid event. "I was like, 'I'd rather have excruciating pain in the hospital.' "

Inside Brooke Shields' Terrifying Accident and Her Struggle to Walk Again: 'I'm a Fighter'

Shields also wanted to make sure that over the course of her recovery, she was able to recognize the difference between the pain from her original injury and anything new that could crop up.

"[I wanted to] get used to it and understand what's pain and what's further injury, because what happens is when you start to feel pain, you think you're injured again, but you might not be as injured. You just might be sore or in pain," she says.

"I wanted to really understand what kind of pain it was, because when you leave, and you go home, and you feel pain, you get really scared," she adds. "And I wanted to at least go, 'Oh, I felt that pain before. Okay.' You don't feel sort of like a victim to it."

The mom of two, though, found that it was hard to convince the hospital staff — "I said, 'What's the over the counter thing that I can take at the highest dose where it's safe? And I won't leave with a prescription.' And everybody wants to give you Oxy."

Shields feels as though the reliance on intensive painkillers is "part of the whole epidemic" with opioids that is hurting people all around the country.

She adds, though, that her decision not to take opioids "is not about being a hero."

"It's like, 'Listen, and then do everything you can to not feel it without having to resort to something that could be much more detrimental.' There's ice, and PT, and stretching, and Advil, or Tylenol, and if I couldn't sleep at night, I'd take a Tylenol PM," she says. "I was unnerved by what could have happened."

Shields is recovering well now, 11 months after the accident. She still has "a lot of bone pain" and was surprised by how much her muscles had atrophied, but she's "come a long way."

"I can do a SoulCycle, because it's no impact. I can do Pilates, which has been great. And then my trainer just really works on the sort of the PT aspect of all of it, which is activating the muscles around the injury, around my knees, all of those," she says. "The weight training is very geared towards the specificity of strengthening the muscles, so that my joints aren't compromised, because joints and ligaments really the muscles really support them. I've learned a lot." 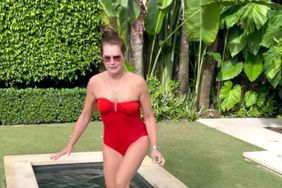 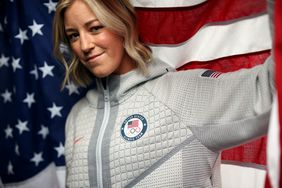 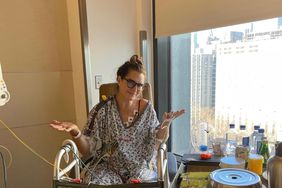 Brooke Shields Shares Photos from Her 'Excruciating' Accident: 'The Journey Is Just Beginning' 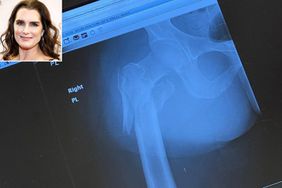 Brooke Shields Shares X-Ray of Her Broken Femur: 'One of the Scariest Moments of My Life' 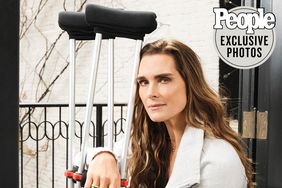 Inside Brooke Shields' Terrifying Accident and Her Struggle to Walk Again: 'I'm a Fighter'