Leah DeVun wanted to explore the role of technology in motherhood

In her “In the Age of Mechanical Reproduction” photo series, DeVun shows mothers using breast pumps in a matter-of-fact manner.

“We were just taking pictures of people doing what they do — it’s very straightforward,” the Brooklyn, New York-based artist and historian, 43, tells PEOPLE. “That is kind of startling to us, because we’re not used to seeing women the way they are with these devices.”

DeVun was inspired to create the series after having her own child, and realizing that the perfect, natural idea many women have about childbirth and motherhood were a far cry from her own reality.

“My pregnancy, and especially delivery were really difficult,” she says. “In the aftermath of my delivery, and even the first few weeks of parenting, I started to feel — especially in comparison to my friends who described these natural, beautiful, trancedent experiences that they had had with their births — a disappointment.”

“I started to think more and more about the cultural conversations that put that in my head — what was supposed to be my experiences with motherhood and what reality was, and how that was so wrapped up in ideas about what’s ‘natural’ and what’s ‘artificial,’ ” she continues. “That made me want to explore the technological, artificial things that are so much a part of assisting us with parenting. Because we keep them out of the public eye, they’re rarely discussed.”

So DeVun decided to put one example of technologically-assisted parenthood — the breast pump — front and center. She says reactions to her photographs have been mixed, but is glad they are sparking important conversations.

“There have been a lot of strong feelings expressed about the photos,” says DeVun. “I’ve been really gratified seeing how these conversations unfold, and seeing women finding community in the photos or in what other people are saying. Getting those conversations out in the open can only be helpul. I hope it will allow people to feel less isolated, and to feel more comfortable talking about their own experiences and what’s worked for them.” 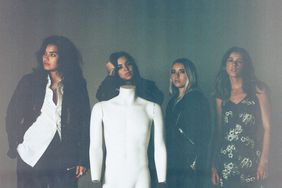 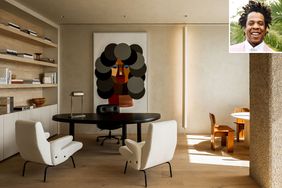