Chester Lee, a tattoo artist in Singapore, has thousands of followers on Instagram following his impressive work

Singapore tattoo artist Chester Lee is going viral with his Instagram photos of the technique, which he’s been doing for about five years.

“I had been suggesting the blackout tattoos for massive cover-ups, and slowly letting people see the beauty in black work,” Lee, 29, tells PEOPLE. “It’s an acquired taste.”

“Slowly the new generation is appreciating the cleanliness of this kind of work, and the art of looking at just shapes and lines that emphasize the contours of the body.”

Lee, who started working as a tattoo artist in 2004, enjoys the freedom of doing blackout tattoos.

“I was doing traditional, old school tattoos for a number of years, and won an award for that, but I gradually got bored because of the boundaries that restrict the art itself,” he says.

Lee didn’t start the trend, but he’s enjoying putting his own spin on the mesmerizing tattoos.

RELATED VIDEO: Which Bachelor in ParadiseStar Wins for the Most Tattoos?

“There are the older pioneers that do super crazy work!” he says. “Everyone is unique to their form of black work, I’m just trying to create my own style.”

Lee, who has his full arm, half of his neck, and a quarter of his face blacked out, along with black-inked eyes, hopes that blackout tattoos will gain popularity.

“It does not appeal to everyone,” Lee says. “But maybe one day the common crowd will appreciate the beauty in the lines of black work.” 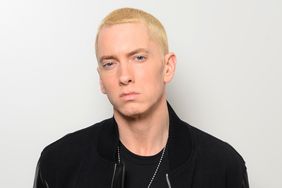 10 Cycling Shorts for Every Type of Rider