How Michael B. Jordan Got in Shape for 'Black Panther' — And Lost His Social Life

Michael B. Jordan had to give up a lot of his social life — and sleep — to get in shape for Black Panther

Getting in shape for Black Panther required Michael B. Jordan to give up some of his social life — and his sleep.

The actor, 30, followed a strict schedule of six meals, two to three workouts and a gallon of water a day, which left him with little time for anything else.

Jordan happily signed on to the film after director Ryan Coogler, whom Jordan had also worked with on Fruitvale Station and Creed gave him a call.

“I was on the press tour for Creed, and Ryan called me up and was like, ‘Hey, we’re about to go shoot this other movie, do you want to do it?’ and I was like, ‘Cool, let’s go have some fun.’ And that was literally it. And from that moment on, I just decided to dedicate everything to getting in shape and becoming Eric Killmonger,” Jordan told Ellen DeGeneres on Tuesday’s The Ellen Show.

He focused on working out, eating right and plenty of water, which meant quite a few bathroom visits.

“Do you know how often you have to go to the bathroom when you’re drinking a gallon of water? It’s not fun. Especially in the middle of the night, you’re trying to sleep, and you gotta wake up, and you’re like, I’m just going to hold it, and it just doesn’t quite work out,” Jordan joked.

And his meal plan limited how often he could go out.

“I mean it’s hard to go out to a club or party when you’re like, oh wait, meal prep, I’ve got to go pop this thing in the microwave,” he said. “It’s tough to socialize when you’ve got to get in shape like that.”

Jordan said that he’s off to the gym after the interview to train for Creed 2, which starts shooting in April, to which DeGeneres asked if he ever wants to play a character “where you lay on the sofa and do nothing at all?”

“Yeah just eat pizza and hang out? I think that’s next. Just become method and sit there with the belly. Six-pack to a keg,” Jordan joked. “I’m working on that.” 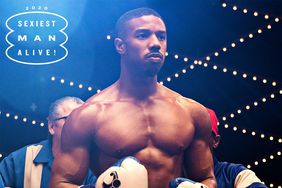 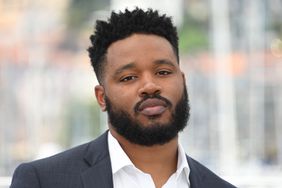