"Tracking how much you eat by estimating the number of calories consumed could help you stay on top of your weight," says Harley Pasternak

Harley Pasternak is a celebrity trainer and nutrition expert who has worked with stars from Halle Berry and Lady Gaga to Robert Pattinson and Robert Downey Jr. He s also a New York Times best-selling author, with titles including The Body Reset Diet and The 5-Factor Diet. His new book 5 Pounds is out now. Tweet him @harleypasternak.

We humans love to quantify things. We are also naturally competitive, both with others and with ourselves.

If you’ve used a Fitbit or other device to track your activity level, you know what I’m talking about. You’ve undoubtedly experienced the impulse to better your highest daily or weekly score, or to get in more steps than your best friend or walking buddy.

What if there was a similar device that tracked the energy you took in – in other words, what you consumed? Would that motivate you to eat less?

Just as an electronic tracker counts the number of miles traversed or steps taken, a new device called a bite tracker measures wrist motions, which correlate with bites eaten. The results of a recent pair of studies could mean wearing a “FitBite” alongside your Fitbit in the future.

According to the research conducted at Clemson University and published in the Journal of the Academy of Nutrition and Dietetics, people who wore a bite counter on their wrist ate less during a meal than those who did not.

It’s likely that seeing the number of bites mount up on the tracker provides immediate feedback, which can motivate the wearer to stop eating at a certain point (rather than staying on autopilot and finishing everything on the plate).

Essentially, tracking how much you eat by estimating the number of calories consumed could help you stay on top of your weight. And since we also know being active helps maintain a healthy weight, wearing both an activity tracker and calorie tracker together on a regular basis may help you remember to move more and eat less.

RELATED VIDEO: How to get Jessica Simpson’s Sexy Legs!

Is it necessary to buy a tracking device to monitor your food consumption? Probably not. But logging your intake in a food diary or using some kind of device or phone or tablet – I like the Fitbit app – can make you more conscious of your intake. (Most people tend to underestimate what they eat and drink.) Ultimately, increasing awareness boosts motivation.

Ultimately it remains to be seen whether bite trackers will be the next big thing when it comes to weight loss. At this point, these trackers have limitations, for example providing the same feedback on the number of bites whether you’re chomping on a skinless chicken breast and a tossed salad or a double cheeseburger followed by an ice cream sundae.

Choosing healthful, nonfattening foods is still up to you! 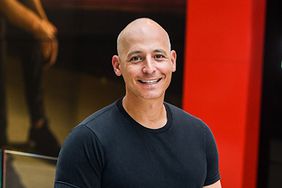 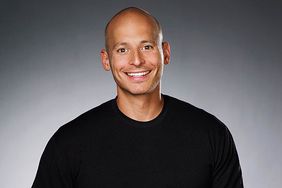 Do You Suffer from Over-Nutrition? Celeb Trainer Harley Pasternak Tells You How to Eat Right

Harley Pasternak: How To Fight Back Against Holiday Weight Gain

Celebrity Trainer Harley Pasternak: The Absolute Best Foods for You

Celeb Trainer Harley Pasternak: What You Should Follow (and Forget) from the New Dietary Guidelines

Harley Pasternak: The Skinny on Snacking

Harley Pasternak: 6 Fun Ways to Get in Shape — No Gym Required!

Celebrity Trainer Harley Pasternak: The Secret to Being More Productive at Work