The 2021 Emmy-nominated Pose actor, who revealed his HIV diagnosis in May, was an honoree at The Elizabeth Taylor Ball to End AIDS event on Friday

Billy Porter is still feeling good after going public with his HIV diagnosis in May.

The 51-year-old Pose actor was an honoree at The Elizabeth Taylor Ball to End AIDS event (presented by Gilead Sciences) in West Hollywood Park, Calif., on Friday. He told PEOPLE at the event that life has been "freeing" since opening up about his illness.

"There is a shame component with being Black, with being queer, with having HIV that is silencing and destructive," Porter explained. "I am no more silenced, I am no more shamed, and I'm ready for whatever comes next."

The 2021 Emmys nominee said he's received "wonderful feedback" from many people who were "uplifted" by his story and "felt seen because of it" in the months following his announcement.

"I think it's important that those of us who have a platform use our platforms in ways that move difficult conversations forward," he told PEOPLE, "and that can be transformative in some way and make a change, make a difference."

Porter will strike a similar tone in his upcoming book "Unprotected: A Memoir," which he says "is about healing trauma through my art."

As for Elizabeth Taylor, Porter lauded her courage to become a role model not just for him, but for many others worldwide after HIV and AIDS first came into prominence in the 1980s.

"She taught us all how to love unconditionally in the middle of one of the darkest times in American history," he told PEOPLE. "It is a profound and humbling honor to be here and to be recognized and to have my voice and my name mentioned in the same breath as the other honorees this evening. It's profound and it's emotional."

In May, Porter revealed in an essay for The Hollywood Reporter that he first tested positive for HIV in 2007, which he called "the worst year of [his] life." The Pose star said shame led him to live with the diagnosis in silence for the next 14 years.

"I was the generation that was supposed to know better, and it happened anyway," Porter wrote. "I was on the precipice of obscurity for about a decade or so, but 2007 was the worst of it. By February, I had been diagnosed with Type 2 diabetes. By March, I signed bankruptcy papers. And by June, I was diagnosed HIV-positive."

Growing up in the Pentecostal church among a "very religious family," Porter said being HIV-positive was considered to be "God's punishment." He only informed a select few people of his diagnosis before his public announcement in May.

"I was trying to have a life and a career, and I wasn't certain I could if the wrong people knew," he penned in the essay. "It would just be another way for people to discriminate against me in an already discriminatory profession."

Porter said he tried to avoid thinking about being HIV positive as much as possible. "I tried to block it out. But quarantine [for COVID-19] has taught me a lot. Everybody was required to sit down and shut the f— up."

During an appearance on The Tonight Show later that month, the Like A Boss actor told Jimmy Fallon that the diagnosis weighed "heavy" on him after living through the AIDS crisis.

Now that his secret is out in the open, however, Porter said he felt liberated. "I lived with the shame of it for a really long time and last week I released that shame, I released that trauma and I am a free man, honey! Free!" he told Fallon. 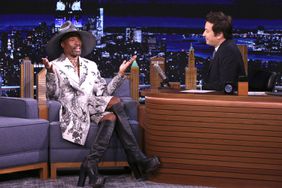 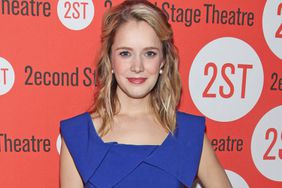 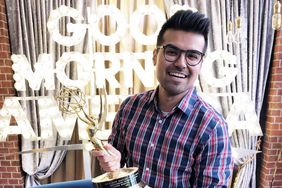 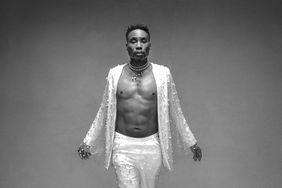 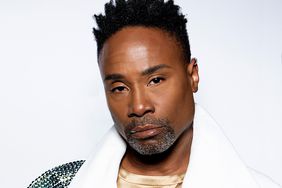