Is there anything Beyoncé can’t do?

The same day that it was revealed that the singing sensation will perform the National Anthem at President Barack Obama’s inauguration on Jan. 21, the R&B star’s stunningly sexy image on the cover of GQ was released.

The superstar graces the cover of the magazine’s issue that touts “The 100 Sexiest Women of the 21st Century – starting with Beyoncé.”

Beyoncé, who will perform at the Super Bowl halftime show next month, sure lives up to the title in a teeny cut-off jersey and barely-there bottoms.

The photos inside the magazine are no less sizzling. The issue hits newsstands Jan. 22.

Beyonce is also mom to daughter Blue Ivy, who turned 1 on Jan. 7. 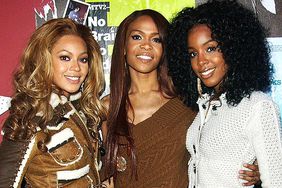