'Always Sunny' 's Rob McElhenney Says Men Care More About How Fit He Is: 'Women Could Give Two S----'

Rob McElhenney says that men seem to care more than women do about his physique.

"[The] people who were most fascinated by my body when I was in great shape were dudes. Women could give two s----," McElhenney told interviewer Ryan Reynolds for the May issue of Men's Health. "In fact, my wife really was displeased with the way I looked, because she felt like I was trying too hard, and I was. "

McElhenney, 44, who is married to Always Sunny costar Kaitlin Olson, continued, "There's this fascination that men want to look like that and men want to be that aesthetically pleasing to other men. I'm actually talking about straight men as much as men in the gay community. It's interesting that it's not based in sexuality or sex appeal and more about this body image that we've sort of grown accustomed to. It's the thing people find fascinating, because it relates to their lives."

"So much of it is wrapped up in health," he added, "but also aesthetics and sex and all sorts of things that make us human, and it's something we're all grappling with in different ways every day."

"I don't want to cry foul too much, because women have been held to a very difficult and specific standard for so long and continue to be, and men have had the benefit of not being held to such a stringent standard, aesthetically at least," he said.

"However, I will say — and I hear this from a lot of men, and I think it's a little bit less taboo to talk about — that men, too, are held to a standard of masculinity that's impossible to live up to or is probably essentially unethical to live up to: that sort of quiet, masculine tough guy who's both jacked and ready to throw down at any moment but also sensitive — but not too sensitive."

"I'm fascinated with the presentation of the human body, and the way it's been presented for the last 30 or so years, and what's considered attractive versus what is considered realistic," he told Reynolds. "For Sunny, I spend a lot of time in writers' rooms with comedy writers, and our job is to tear each other apart and to tear the culture apart—what's going on in the cultural conversation, and how can we satirize that in a way that nobody else is doing?"

"I just thought: 'Well, I want to try to build a body that's absolutely ridiculous and truly impossible to keep up unless you devoted your entire life to it,' " the actor said.

McElhenney, who is expanding his comedic talents with the Apple TV+ series Mythic Quest, which he created and stars in, said that he feels the pressure in Hollywood to have a fit physique.

"And aesthetically, the superhero stuff hasn't helped," McElhenney said. "We now have this ideal of being the biggest dude or the most ripped guy in the room."

Christina Aguilera Says She 'Hated Being Super Skinny': 'I Remember Feeling So Insecure'

McElhenney's career in Hollywood, as he pointed out to Reynolds, may have partially arised from his need to please others and earn their approval. "Whose, I don't really know," he said. "But it's definitely external."

"I don't know if that's something that drives me on a conscious level," he added, "but there's a reason I chose my profession, seeking that level of validation." 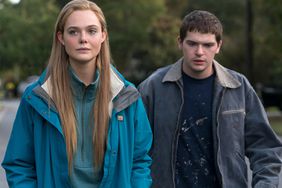 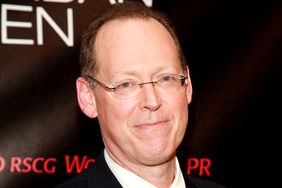