"Be positive — there can be a way out of this," the game show host tells pancreatic cancer patients

Jeopardy! host Alex Trebek is grateful at how well his body has responded to chemotherapy for his stage 4 pancreatic cancer — but his next mission, other than to make a full recovery, is to help shine a light on the disease so more can be done to help combat it.

“The difference between the other pancreatic cancer victims and myself is I’m in the public eye, and the press has made a big deal out of my diagnosis,” he says. “So I’ve become the defacto current spokesperson for it, if you will.”

Although it’s a role he never expected, he is nonetheless proud. His message to fellow patients?

“Be positive,” he says. “Medicine is constantly coming up with new ways to deal with different kinds of cancer, so my message is to try and be hopeful. There can be a way out of this. It doesn’t always have to end in death.”

At the recent PurpleStride march to end pancreatic cancer in Los Angeles, where Trebek gave a speech, he met with fellow patients and survivors who in turn gave him hope.

“There were over 50 pancreatic cancer survivors there, people who had survived 22 years in one case,” he says. “The survival rate 20 years ago was 4 percent. Now it’s up to 9 percent. We’re making progress, so let’s be positive!”

Hope aside, Trebek knows that the cause desperately needs more research and funding. Julie Fleshman, the President and CEO of the Pancreatic Cancer Action Network (pancan.org), says there must be more of a focus on the disease, which still has extremely low survival rates.

“Pancreatic cancer is the third leading cause of cancer deaths in the U.S., and when people hear the survival rate is only 9 percent, it’s pretty shocking,” she says. “To me, it’s a call for urgency. We have to raise more dollars, we need more research efforts and we need more treatment options.”

RELATED VIDEO: Alex Trebek’s Cancer Journey Eased By the Love of His Wife: ‘My Heart Goes Out to Caregivers’

She says one of the reasons pancreatic cancer is so deadly is that there are no early detection methods or biomarkers.

“One of the issues with your pancreas is you can’t feel it or touch it because it’s deep inside your abdominal cavity, so it’s not like you can feel a tumor,” she says. “So people really need to pay attention to the symptoms.”

For more on Trebek’s treatment progress, pick up a copy of PEOPLE, on newsstands now

The problem is, symptoms are often things people experience regularly, like stomach pain, or lower back pain. Fleshman suggests if you’re experiencing persistent stomach and persistent lower back pain, and have unexplained weight loss, you should pay attention. She also wants people to know this isn’t just “an old man disease.”

“It affects women and men equally,” she says, adding that the average age of patients is 64.

Still, Fleshman, who lost her father to the disease in 1993, echoes Trebek in encouraging patients not to give up once they’ve been diagnosed.

“There’s a lot more going on in pancreatic research today than ever before, and there are about 175 clinical trials that are open and enrolling around the country,” she says. “We want to spread the message that there are options, and hopefully we can provide you with options, and empower patients so they can make informed decisions.”

As for Trebek, he has a message for everyone around the world — whether they have cancer or not:

“It’s the old cliche statement, but live everyday as if it’s your last day,” he says. “Get the most out of it!” 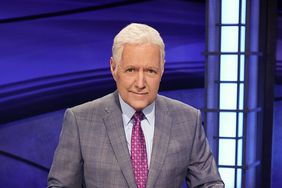 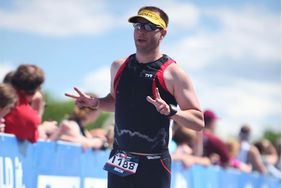 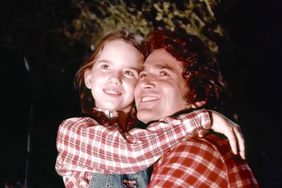 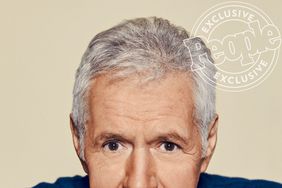 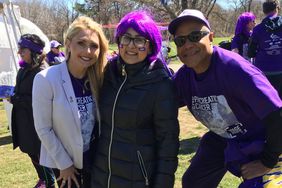 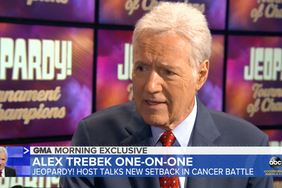 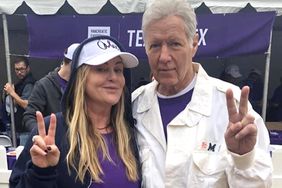 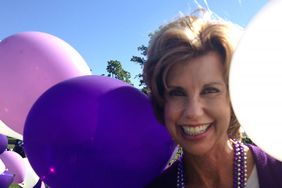