The death, in California, is the second one reported in the state

A seventh person has died of a severe lung illness linked to vaping, health officials in California confirmed Monday.

The Tulare County, California resident died from “complications related to the use of e-cigarettes,” the second such death in the state.

“With sadness, we report that there has been a death of a Tulare County resident suspected to be related to severe pulmonary injury associated with vaping,” Dr. Karen Haught, a public health officer in Tulare County, said in a statement. “The Tulare County Public Health Branch would like to warn all residents that any use of e-cigarettes poses a possible risk to the health of the lungs and can potentially cause severe lung injury that may even lead to death.”

The six other deaths occurred in Indiana, Minnesota, California, Illinois and Oregon, primarily in middle-aged adults. Tulare County did not include details about the resident who died.

Along with the seven deaths, the Centers for Disease Control is currently investigating 380 confirmed and likely cases of severe lung disease linked to vaping, a reduction from their previous total. The CDC said Sept. 6 that they were looking into over 450 reported cases, before announcing Sept. 13 that they had narrowed that number down to 380 across 36 states and the U.S. Virgin Islands.

The CDC said that they will continue to work with the Food and Drug Administration to determine the safety of e-cigarette use, though they previously urged Americans to stop vaping as they conduct their investigation.

“While this investigation is ongoing, people should consider not using e-cigarette products,” Dr. Dana Meaney-Delman, incident manager of the CDC’s response to the vaping-related lung injuries, said earlier this month. “People who do use e-cigarette products should monitor themselves for symptoms, for example, cough, shortness of breath, chest pain, nausea and vomiting — and promptly seek medical attention for any health concerns.”

Investigators are still unsure what in e-cigarettes is causing these severe lung illnesses, and the reported cases include both nicotine and THC products. However, they did warn people away from purchasing illicit e-cigarettes on the street.

In Wisconsin, one of the first states to report lung illnesses related to vaping, police have arrested two men in connection with a large counterfeit operation that allegedly sold THC oil in thousands of vaping cartridges.

Amid the CDC’s investigations, the Trump administration announced Thursday that they plan to crack down on vaping and ban flavored e-cigarettes.

“We want to have parents understand that we’re studying it very carefully,” President Donald Trump said. “There have been deaths and there have been a lot of other problems. People think it’s an easy solution to cigarettes, but it’s turned out that it has its own difficulties.” 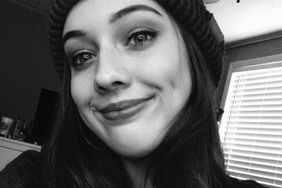 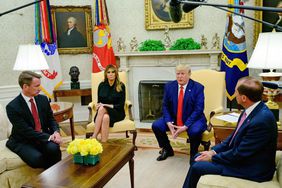 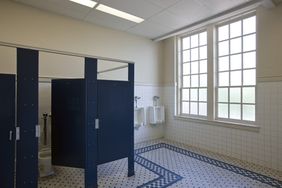 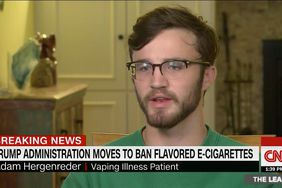 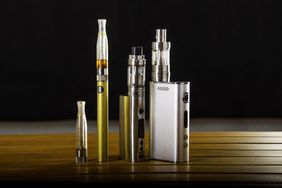