19-year-old John Sarcona is thriving after needing 18 surgeries to correct severe scoliosis that caused his spine to "bend by the hour."

John Sarcona, a 19-year-old who was once facing a severe form of scoliosis, is now feeling better than ever, thanks to a life-saving surgery.

The New York native has had 18 surgeries since he was six years old to help correct his kyphoscoliosis — a deformity of the spine characterized by abnormal curvature of the vertebral column.

Every six months, he had rods surgically adjusted to lengthen his spine — a decision made after seeing several specialists.

After a spinal surgery when he was 16 years old, he was “struggling to breathe and could hardly walk across the room” because his spine was quickly crushing his internal organs.

He was immediately taken to Dr. Lawrence Lenke, a world-renowned spinal surgeon at New York-Presbyterian, who said “John’s spine is bending by the hour” and he needed vertebral column resection (VCR) surgery.

“John’s kyphosis was severely angled — over 140 degrees of curvature in the end,” says Dr. Lenke. “His situation was only going to get worse. I looked at his mom and dad, and I just said, ‘You have to trust me. This is my area of expertise and I’m optimistic that we can help him, but, unfortunately, your son doesn’t have a lot of other options.’”

In preparation for the serious surgery, John met with respiratory therapists, nurses, physical therapists and nutritionists, which helped him to gain nearly 10 pounds, heal his previous incisions and lengthen his neck and spine.

The surgery, which took place on December 8 and lasted 13 hours, required his spine to be separated into two sections, realigned, then placed back together.

He spent the next few days in intensive care, but was able to stand up and walk by day three.

“He recovered extremely well. But he also had a great attitude, and that certainly helps,” Dr. Lenke says.

Now, two years later, John is seven inches taller and plays sports like golf and basketball and is learning how to drive.

“I remember looking in the mirror and thinking, ‘Wow, is that really me?’” he says. “It felt good to see myself standing up so straight.”

A French Doctor Pioneers a Way to Correct Crooked Spines 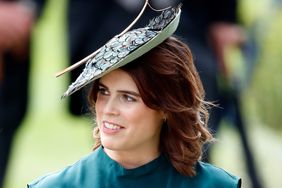 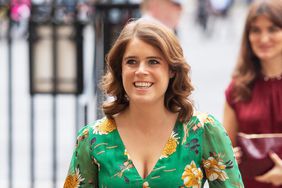 Hubert Rosomoff Only Hurts the Back-Pain Patients He Loves