The fashion designer was treated to a surprise celebration by her mom and sisters in Los Angeles on Oct. 16

Whitney Port celebrates her upcoming nuptials to fiancé Tim Rosenman – who popped the question in 2013 – with a surprise bridal shower in Los Angeles on Oct. 16. For the party, Port wore an Asilio dress paired with Sophia Webster pumps, which featured 'Wifey for Lifey' written on the soles, and Luna Skye jewelry. "I just wanted something fun and cute and lacy and white," Port told PEOPLE.

The 30-year-old's mom and sisters – from left: Paige, Vicki, Ashley and Jade Port – planned the entire shower. Says the Hills alum: "I left it up to them. I just wanted something [that was] California casual, easy nothing too over the top."

NEVER TOO MUCH FOOD

Guests were treated to Martini & Rossi mini bottles along with two signature cocktails – The Refresher and Garden Bellini – based on Port's favorite ingredients.

Port celebrated with 25 of her family members and girlfriends including former The City costar Roxy Olin. Port's fiancé and his dad also joined the party later in the evening to play a newlywed game.

Keeping with the California casual-inspired theme, guests created their own succulent terrariums hosted by Fleurish for a fun bridal party activity.

For dessert, Port's favorite Sweet Lady Jane Triple Berry Shortcake was served. Since she was a teen, the cake has been a sweet staple in the Port household for any special event celebrating the Whitney Eve designer.

All About Whitney Port's Bridal Shower Look (Plus, Exclusive Details on Her Wedding Gown) 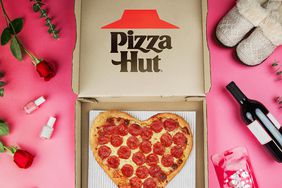