The sweet treat is one of several exclusive items on the menu at the new Wendy's Hamburger Stand, which opened this month

Wendy's has brought its strawberry Frosty to the United States — but you can only find it at one big-box chain.

The frozen drink is one of several exclusive items on the menu at the Wendy's Hamburger Stand at the Walmart in Heath, Ohio, which opened in early August.

"There are big opportunities for Wendy's to reach consumers where they live, work, and play, and that includes non-traditional venues where we have captive market audiences like airports, universities, and retail environments, like Walmart," a Wendy's spokesperson told Business Insider.

"We know that Wendy's fans are looking for great food on the go, at a reasonable price, to feed themselves and their families," they added.

The Frosty was one of five items featured on Wendy's original menu when the restaurant was first established in 1969. This is the first time strawberry Frosties have been sold in the U.S. since the Dublin, Ohio-based chain first debuted the sweet treat at various franchises in Canada in 2010.

In April, the item returned to menus for a limited time at participating locations over the northern border. Now, they've made their way south.

Todd Penegor, Wendy's CEO since 2016, recently confirmed to Nation's Restaurant News that the only way to get a strawberry Frosty in the U.S. is by visiting the Walmart in Heath, located 42 miles away from Wendy's headquarters.

Both classic and exclusive items are on the menu at the Wendy's Hamburger Stand in Heath — from Buttermilk Ranch and Jalapeno Cheddar-flavored chicken nuggets to Chocolate Lover and Strawberry Celebration Frosty sundaes.

Flamin' Hot Mountain Dew Is Coming, Whether You Like It or Not

"It's just another opportunity with a little more limited menu to continue to provide access to our brand," Penegor told the outlet. "We do think access drives awareness; awareness drives trial and repeat; and that really drives frequency overtime. So that's part of our strategy moving forward."

Walmart frequently partners with both national chains and local businesses in leasing out space at the front of its stores. The Wendy's inside the Heath Walmart is the first of its kind.

Later this year, Wendy's plans to open a Wendy's Snack Shop format at another Walmart somewhere in Ohio. It is part of the company's plan to expand its services beyond its solo locations.

"We're looking to both restaurants and services that are really relevant to our customers — be it local businesses, a service that has localized relevance, or a larger chain that is really delivering on how customers are looking to shop and get their meals and create an eco-system for our customers," a Walmart spokesperson previously told Insider.

Penegor told NRN that the expansion of Wendy's delivery kitchens in the U.S., Canada and the United Kingdom led the company to increase its development goal from 8,000 restaurants by 2025 to 8,500 to 9,000. The CEO anticipates having 7,000 units systemwide by the end of 2021.

"Over the next four or five years, we're probably going to be doing about 40% to 50% of our new-unit development in non-traditional [settings]," he said. 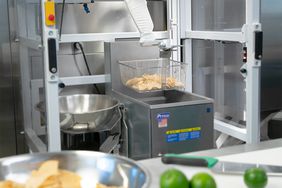 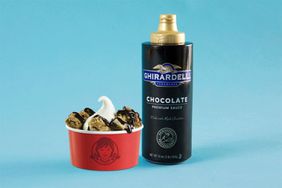 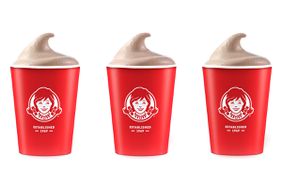 Wendy's Is Giving Out Free Jr. Frosty's With Any Drive-Thru Purchase for a Limited Time 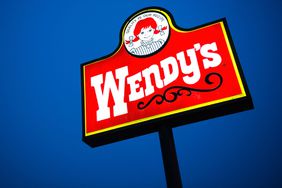