We think the flavor involves a certain cute and cuddly snack.

Oreo is unveiling a new mystery flavor this week, and we got a head start on cracking the case.

Packs of the secret cookie will be hitting supermarket shelves on Sept. 16 as part of the company’s latest Mystery OREO challenge. Until Nov. 10, fans can do their best taste testing and submit their guesses on MysteryOREO.com for a chance to win $50,000. (You can make a new guess every day for more chances to win, so don’t be shy as you make your way through the pack.)

When PEOPLE staffers first got the treats — which come in an ambiguous white package and look identical to regular Oreos — we were immediately overwhelmed with the cinnamon scent. Cinnamon Toast Crunch cereal, and French toast were among our first few guesses without even taking a bite.

It’s not until you take that initial nibble that the graham cracker flavor really shines through. A press release from Oreo points out that the mystery could be one new flavor or a combination of two current flavors — but that could just be a ploy to throw us off track. It seemed almost obvious that the cookies were modeled after Golden Grahams cereal. The mystery flavor in 2017 was Fruity Pebbles cereal after all.

Chocolate-Covered Oreos Stuffed with Pickles Are Now Being Sold

But then came the clue. Each pack comes with one of three clues and ours reads: “Its name it stole and history kept. Perhaps from a creature that lives on the steppe?” Could it be referring to Teddy Grahams? We think so. The flavor profile matches, and some bears do in fact live on steppes.

Oreo enlisted the help of a few celebrity TV detectives to take a stab at guessing before the masses can try them out. Stranger Things‘ Gaten Matarazzo is convinced it’s French toast. Brooklyn Nine-Nine‘s Terry Crews is up next. 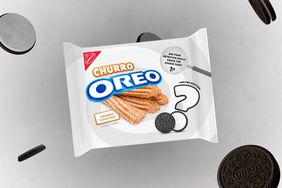 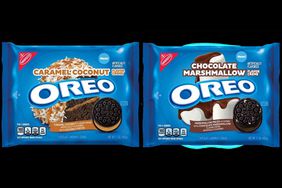 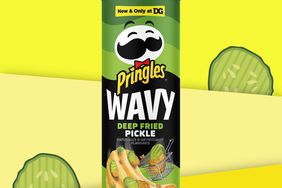 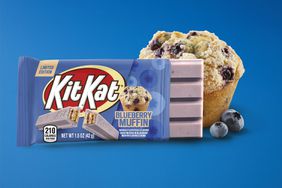 Dear Pumpkin Spice Haters: These Other Fall Flavored Foods Are Just For You