Vanessa Lachey on the New 'Top Chef Jr' .: 'These Kids Are Seasoned Chefs — but Without the Ego'

Vanessa Lachey is in the midst of competing on a dramatic season of Dancing with the Stars. But on Friday, she’s swapping the kitchen for the ballroom in a very different competition.

The mom of three is the cohost — along with celebrity chef and head judge Curtis Stone — of Top Chef Jr., the new spinoff of the Bravo hit set to debut on October 13 on Universal Kids. (The network, formerly known as PBS Kids Sprout, is being relaunched.)

“It’s a dream job,” says Lachey, 36, who will help shepherd 12 young chefs through a gauntlet of challenges familiar to Top Chef fans. “These kids act and cook just as if they were seasoned chefs—but without the ego. Their imagination is through the roof, and their excitement is so contagious.”

The star says working on the show has inspired her to involve her three kids with husband Nick Lachey — Camden, 5, Brooklyn, 2, and Phoenix, 9 months — to help even more in the kitchen.

“These kids started at 3 and 4 getting inspired in the kitchen, and that’s the age range of my kids now,” she says. “I literally plop Brooklyn on the island, I give her a bowl, I give her flour and water, I let her stir. You gotta be able to let them experience that and get comfortable with it.”

As for the family’s favorite foods to make at home, “We do breakfast every morning,” she says. “Daddy loves to let them crack and scramble the eggs. I do the cooking, but they help me with the prep. I have them set the table and clean the table, because they can do that at this age. We just remodeled our kitchen, and I put all of their stuff at a level that’s accessible to them so they can have that kitchen independence.” 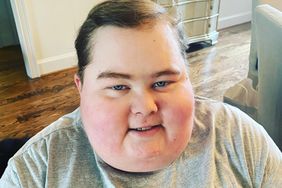 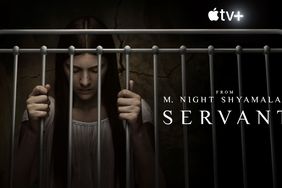