Trix Will Bring Back Its Artificially-Dyed Cereal After Fan Uproar

Trix is back to its original rainbow tricks.

The people have spoken and rest assured, Trix will be back to their beloved and artificially neon-colored ways come October.

On Thursday, General Mills announced that it is reintroducing the original version of the kids’ cereal made with artificial ingredients because there was a tall order from customers to take it back to its rainbow hues.

“We heard from many Trix fans that they missed the bright vibrant colors and the nostalgic taste of the classic Trix cereal,” General Mills spokesman Mike Siemienas said in a statement to The Wall Street Journal.

Kids and adults alike expressed their distaste after Trix decided to start using fruit and vegetables concentrates and spice extracts, like turmeric and annatto—instead of Red 40 and Yellow 6 food dyes—to color their cereal.

“Correct me if I’m wrong but trix cereal used to be way more colorful than this, and it makes me so mad that these ones are so dull,” wrote one Twitter user.

And Siemienas revealed that Twitter wasn’t the only way consumers were making their voices heard. “Our Trix fans have been calling us, emailing us and reaching out to us on social media asking if we would consider bringing back the original formulation of Trix cereal with its vibrant colors,” he said. “As a result, we are launching ‘Classic Trix’ to fill these consumer requests.”

The Ultimate Ways to Eat Cereal for Dessert—Without a Bowl

The makers of the sugary breakfast cereal first announced plans to phase out the use of artificial dyes and flavors back in 2015. At that point, president of General Mills’ Cereal division, Jim Murphy, thought all-natural was what the people wanted.

“We’re simply listening to consumers and these [artificial] ingredients are not what people are looking for in their cereal today,” he said in a blog post.

Clearly they underestimated the widespread fandom for “Classic Trix”— rainbow palette, childhood memories and all. So later this fall, General Mills will restock store shelves with both options: the original, vibrant version and its more natural alternative. 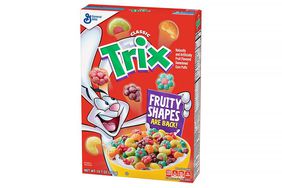 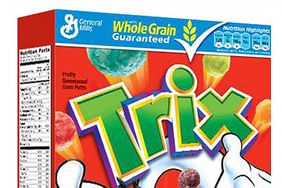 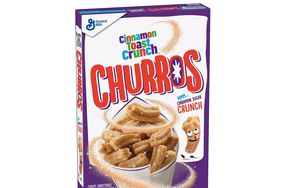