Toy Story 4 may not hit theaters until this summer, but Edy’s is certainly ready to celebrate.

The ice cream giant released two brand new mouthwatering ice cream flavors this month inspired by the highly anticipated Disney Pixar film — and they both appear to be as sweet as the franchise itself.

The second, Chocolate Peanut Butter Midway Mash, is more traditional — with chunks of peanut butter and chocolate contained in a chocolate ice cream base.

Both packages contain imagines of the iconic characters from the film on them, including Woody (voiced by Tom Hanks) and Buzz Lightyear (voiced by Tim Allen). There are new characters on the packaging too, ones seen in previous trailers for the film (Hi, Forky!).

A customer service rep at Nestle, Edy’s parent company, tells PEOPLE the two flavors — which are in stores now — will only be available for a limited time, through September.

The Gang’s All Back in Toy Story 4‘s First Trailer — Plus a Mysterious New Character!

Although much remains unknown about Toy Story 4, it was previously announced that Bo Peep (voiced by Annie Potts) would be central to the plot. She was previously left out of the third film, when her owner Andy had grown up and sold her in a yard sale.

“Bo’s taken control of her own destiny,” Toy Story 4 director Josh Cooley said in a press release. “While Woody was watching Andy grow up, Bo gathered dust until she took it upon herself to head out into the world. And when Woody shows up, they can’t believe that they’ve found each other again.”

Potts herself was on hand on Friday’s Good Morning Americato help premiere a preview clip from the film in which Bo and Woody stage a toy rescue mission. Later, she spilled secrets about the movie to host George Stephanopoulos.

“Bo’s got some ‘tude now,” the actress, 66, joked of Bo and her new jumpsuit — teasing that the toy might have finally settled on a pick in the romantic love triangle she was previously in with Woody and Buzz. “I think she’s made a choice now. I can only reveal so much.”

In September, Allen revealed on The Talk that the film brought him to tears.

“I gotta resist getting emotional,” he said. “I don’t want to give it away, but this is an incredibly great story. It is so emotional, it’s so funny, it’s so big, the idea they’ve come up with, I’m startled. I couldn’t even get through the last scene. I would love to be a Washington leaker.”

Before he could say anything more, he stopped himself, explaining, “I just can’t do it. I can’t give any more away. They’ve got great characters but a couple of scenes toward the end were really hard to get through.” 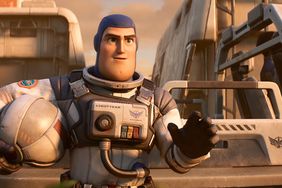 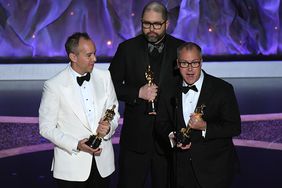 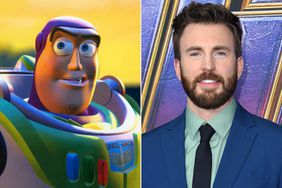 To Infinity and Beyond! Chris Evans to Voice 'Original' Buzz Lightyear in Upcoming Pixar Film