Tom Hiddleston's Secret to Great Bolognese Is Kind of Genius

The actor makes what has been described as "the most incredible bolognese you've ever had."

The food world has found an unlikely hero in the form of Tom Hiddleston. Yes, the Night Manager star—and one half of the former Hiddleswift—knows a thing or two about cooking.

The actor makes what has been described as “the most incredible bolognese you’ve ever had.” A little bit of background: The pasta dish, which gets its name from Bologna, Italy where it originated, is a meat-based tomato sauce made with a variety of vegetables, ground beef and some kind of wine. The ingredients are typically cooked with olive oil in a heavy bottom pot over the stove—but not Hiddleston’s version.

Taylor Swift‘s ex reveals his secrets enthusiastically in the March issue of GQ. “You think you’ve had great Bolognese? Try Tom Hiddleston’s Bolognese before you continue to talk about great Bologneses you’ve had in your life,” writes GQ‘s Taffy Brodesser-Akner.

The “thing” about Hiddleston’s Bolognese is he browns it on the stove before braising it in the oven. He also uses bacon and butter (presumably instead of oil). The method likely creates a thick sauce infused with a smoky bacon flavor and filled with moist pieces of whatever meat he uses.

Hiddleston made the meal on a January night while watching Moonlight alone before revealing his whirlwind romance with Swift was indeed “real” and clearing up rumors about the infamous “I ❤ T.S.” tank top he wore during her Fourth of July party.

Oh, and he says the bolognese is even good cold. 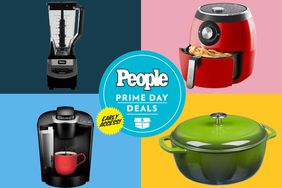