'The Chew' Cohosts Reflect on the Past 7 Years as Final Episode Airs: 'We're Going to Miss Each Other'

People caught up with the trio during one of their last few days of filming to talk food, their fans and the final goodbye.

It’s time to say goodbye to The Chew.

After ABC announced in May that Good Morning America has been expanded to three hours and will take over the afternoon slot for the beloved daytime cooking show, the final taping is set to air on Friday. Though new, pre-taped shows will run until June 28, Friday’s episode serves as a “special farewell.”

In seven years, 1,500 episodes, and over 6,000 recipes, The Chew‘s three remaining cohosts Carla Hall, Michael Symon and Clinton Kelly provided a happy escape for viewers with their bubbly takes on food and entertaining. People caught up with the trio during one of their last few days of filming to reflect on their wild ride.

What kind of emotions are you guys feeling?
CLINTON: It’s a little bit of a roller coaster.

CARLA: I think it’s mixed emotions because, normally, this would be the last couple of days before the summer, and you get that senioritis. There’s a part of me that’s like, oh my god, I’m ready for the summer, and, then it’s also like, wait, this is like the end of camp—I actually won’t come back to see us in this space.

What was it like addressing the cancellation on air the day it was announced?
CLINTON: That was sad. It was one thing for us to be sad that we won’t get to work with each other every day, and we work with amazing people that we won’t see, but then there were also people in the audience that day crying. And the way that people have reached out to us on social media, it’s not just holding our own sadness, it’s literally like holding the sadness of thousands of other people. That’s the hardest part.

What have the last few weeks been like?
CARLA: Not to be morbid, but I kind of feel like this is a living funeral. You get to see how people feel about you while you’re still alive. People are mourning the ending of this show, and they get to tell us how they feel about us while we’re still here.

MICHAEL: I think it’s given us an energy which has allowed us to do these last couple weeks still at a high level. It made us realize, and reinforced how important the show is to people, so we want to go out how we came in.

Throwing it back, do you guys remember day one of the show?
CLINTON: I remember thinking, wow, there is no way this show is going to last, no way. I called my agent, I’m like, “Yep, I’m going to give this about seven weeks.”

MICHAEL: Which is five more than I gave it.

CARLA: It was so frenetic and so uber high energy that it wasn’t even our energy. It was like, “Just be up, be up, be up,” but I also remember, for the most part, Daphne [Oz] and I were the only ones who hadn’t done television, so it was a learning curve. For two seasons, I thought I was going to get fired, and I’ll tell you, I lived in a furnished apartment, and I said, “If I have to leave New York, I need to be able to leave in 60 second or less.” So, when I actually moved from that apartment, it cost me $75 to move, that’s how little I had in that apartment

Was it obvious that you guys were going to get along so well at first?
MICHAEL: We all got a long really quickly.

CLINTON: It was surprisingly amicable from the beginning. You never know. I’ve been in this business long enough to be weary of everybody. I meet somebody for the first time, I’m like, they might seem really nice on TV. I saw Carla on Top Chef, and she was my favorite, but I thought maybe she was pretending to be nice on TV, but she’s genuinely kind. And Michael ended up being the nicest, friendliest guy from the beginning. I remember thinking, “This guy talks a lot.”

CLINTON: I can do two shows a day with Michael, then take the subway with him, and he’s still talking to me on the subway, then he calls me later to talk more. It’s like, “I’ve seen you for 12 hours!”

Who has been your favorite guest?
CARLA: Carol Burnett. But also, I have to say, the first time that I met Jamie Oliver—he was my food crush forever—I was like, “Oh my God, I love you so much, I can’t believe you’re here, my husband knows that I love you,” and I’m leaning over him, and he is looking up at me and leaning back. He’s like, “Oh my freaking God.”

MICHAEL: Our moms came on that one time, that was a really special show, for our Mother’s Day show, getting to cook with my mom on a TV show, I think, is really incredibly cool. But the first time with Snoop, man, I love cooking with Snoop.

CARLA: Oh my God, I loved that too.

The Chew Hosts Get Emotional on Air Addressing the Show’s Cancellation: ‘The Mood Is a Little Sad’

Outside of food, what did you guys bond over?
CLINTON: We’re all very competitive, we like games, board games. We all love travel a lot too.

CARLA: I think the other thing, just bonding over some of the people in our families, because we have gotten to know the family members too, like Grandma Kelly, and Michael, your mom, and pop.

Was there any anger among you three when the show got cancelled?
CARLA: No.

CLINTON: You can’t be angry. You go into a TV job knowing that it could be yanked out from under you at any time, so seven years is kind of a gift in a lot of different ways. I don’t think anger was any emotion.

MICHAEL: All of us have our own businesses, so we get business. Sometimes business is business. How many people can say that they had a seven year, 1,500 episode run doing a show like this? We got to introduce people to the world, we got to meet people that we never dreamed we’d get to meet, and become friends with people that we never thought we would meet, and formed an amazing friendship between the three of us and many of the other 150 people that work on the show.

What is like ending the show without Mario Batali?
CARLA: It’s fine.

CLINTON: It’s fine. It’s really not weird. It just is what it is.

What are you guys going to miss most?
CLINTON: I will miss the fact that a workday is nonstop laughs, from the moment you walk in at seven o’clock in the morning until we leave at two o’clock. Seven hours of laughing all day. That’s all we do.

MICHAEL: We’re going to miss each other.

Have people been coming up to you after the cancellation, outside of the show?
CLINTON: Oh my god, are you kidding? Yes. Every day somebody comes up to me and taps me on the shoulder. I was at dinner the other night, and a woman came up behind me, she’s like, “I’m so sad.” It’s like they’re literally coming out from the woodwork.

You all have restaurants and books and we know you all are still going be busy, but is there anything you want to do next?
MICHAEL: I’m still doing my Burgers, Brew & ‘Que show on Food Network and I’m still doing Iron Chef on Food Network. But, you know, I want to be this happy again. If I can’t find something that makes me this happy again doing TV, I’m not going to do it.

CLINTON: I have zero plans. For the first time in my life, I don’t have a plan. And I’m trying not to be anxious about that. I’m just hopeful that the universe will present something to me that is the logical next step. And if not, I’m okay with that too. I’m probably going to write some more.

MICHAEL: Mark our words, Clinton Kelly will have written a famous sitcom.

CARLA: Oh my god, yes. And it is going to be so freaking funny. And I’m going to ask him for a job.

CLINTON: I feel like Carla Hall’s next step is to be an actress of some sort.

CARLA: I want that to be my next step. I wanted to do theater when I was in high school, and so I feel like I really want to scratch that itch to do theater or television or something like that. 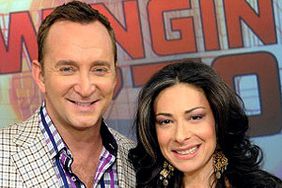 'What Not to Wear' Is Ending After 10 Seasons

In the Kitchen with Celebrity Chefs! 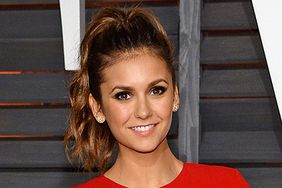