A family in California is suing a local Starbucks, claiming a barista’s blood ended up in their Frappuccino.

Amanda and Louis Vice say that back in 2016, they ordered multiple drinks at a San Bernardino location of the coffee chain. After receiving their order, they claim their 2-year-old daughter Payton began licking whipped cream off the Java Chip Frappuccino right away—before a family member noticed both a “red smear” on the cup as well as a “strong metallic smell,” KTLA reported, citing the family’s lawsuit.

“Once we drank it, then we could see on the inside of the rim that there was blood,” Amanda Vice told KTLA. “She was licking the whipped cream where it had been sitting on top.” Louis says he then called Starbucks saying, “My wife and my baby just drank someone’s blood.”

According to a news release from the family’s lawyer Stan Pekler, Starbucks acknowledged that a barista had been bleeding, and that she was instructed to stop making customer’s drinks. The manager allegedly offered the family free drinks for a week and later the company offered them $1,000 each, which Pekler says they turned down because it “does not begin to compensate the family for suffered injuries and damages for which Starbucks is liable.”

Starbucks Could Become Bigger Than McDonald’s in a Few Years

In response to the lawsuit, Starbucks spokesman Reggie Borges tells PEOPLE: “We’ve been working directly with [the family] to find a resolution since this allegedly happened almost two years ago, so we were surprised that they filed a lawsuit last week. And we were even more surprised that their legal team put out a news release on Wednesday and felt the need to blast it out to media.”

“We’ll continue to try to work with the family to try to come to a resolution and get a better understanding of what they feel is fair based on these allegations,” he continues. “But now that it’s become a lawsuit we are fully prepared to make our case on this matter.”

Following the incident, the family had blood tests done which indicated that no diseases were transmitted, according to the news release. The statement also says they are suing on grounds that it caused “stress, nervousness, fright, anguish, grief, anxiety, worry, and shock,” alleging several torts including negligence and emotional distress. 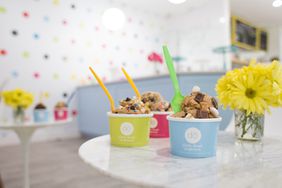 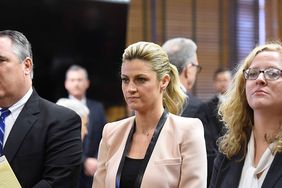