Bonus: You don't have to be a loyalty member in order to dine at a Sam's Club café.

Sam’s Club and Costco are in a war over hot dogs.

After Costco announced the news that they were pulling Polish dogs from their food court menu to make room for healthier items such as acai bowls, organic burgers and plant-based protein salads, the internet had a meltdown. Some fans of the dogs in California even started a petition for Costco to keep the item on the menu, while others began tweeting their complaints.

“‘I’d rather have an acai bowl than the polish dog,’ said no one with functioning taste buds,” one user wrote.

However, Sam’s Club took advantage of the demand for Polish dogs, announcing on Twitter that they would begin selling the popular menu item in all of their cafés beginning July 23.

“‘Let them eat Polish dogs’ – Marie Samstoinette, probably,” the wholesale club wrote on Twitter. “Polish dogs will be available at all Sam’s Club cafes starting July 23 for only $0.99!”

These 100-Calorie Boozy Popsicles Are Back at Costco for Summer

While 200 cafés already sell the dish, a representative for Sam’s Club tells PEOPLE in a statement they wanted to expand their reach to “make sure people everywhere can get their Polish dog fix at a great value.” They also note that you don’t have to be a loyalty member in order to dine in one of their cafés.

As for what makes a Polish hot dog different from a regular hot dog? The all-beef dog is made with a spice blend with a more prominent garlic flavor profile and a courser ground to deliver a “more sausage-like experience.”

Many customers responded to Sam’s Club’s tweet saying they were going to ditch their Costco membership for a Sam’s Club one in response to the news.

One user responded to the tweet by writing, “And that is how you win the café battle,” to which Sams’ Club responded by writing “one hot dog at a time.”

However, there’s no word yet on if the war is over. Costco has yet to publicly respond to Sam’s Club’s power move.

As one Twitter user put it, “Your move, Costco.” 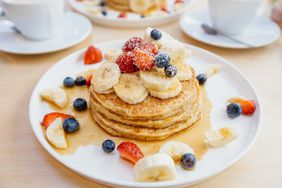 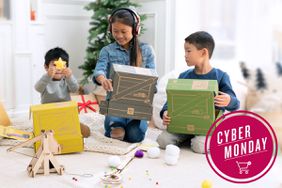