Restaurants all over the country are turning the channel on the NFL as controversy swirls around the #TakeAKnee movement.

Some restaurants are turning the channel on the NFL as controversy swirls around the #TakeAKnee movement.

The owner of Borio’s Restaurant in Cicero, N.Y., Marty Borio, put a sign outside his eatery informing customers that he would not be showing football games as players continue to refuse to stand or come out of the locker room for the national anthem to protest racial injustice in the United States.

“Due to the recent decision of the Pittsburgh Stealers team to stay in the locker room during our country’s National Anthem the Borio family will no longer show the NFL in our restaurant,” reads the notice posted on Facebook. “If and when this show of disrespect ends we will be happy to show this product on our restaurant again.”

A nearby pub, Cooper’s Landing, followed suit after hearing of Borio’s decision, according to KATV. “Enough is enough. It’s time for these million dollar snowflakes to stop disrespecting the Men-Women -Dogs that signed a blank check for them to act like this,” the restaurant wrote on Facebook. “Hopefully things will change.”

Baxter’s Family Food and Fun in Hixson, Tennessee and WOW Cafe and Wingery in Chalmette, Louisiana are also refusing to air recent games. After facing backlash on Sunday for her decision, WOW’s owner, Brook Songy Anastasiadis, defended her actions.

Did Donald Trump Plagiarize His Inauguration Cake? His Baker Says She Was Told to Copy Obama

“I stand behind my decision and I want to make this clear, the sole reason that I didn’t air the game is because I feel the players disrespected the National Anthem and that is something I hold dear to my heart,” she said in a statement. “That’s how I was raised, I have family members who served our great country in the military and I was taught to respect the National Anthem, the flag, the military and people in general.”

Players from the Baltimore Ravens, Jacksonville Jaguars, Arizona Cardinals and Dallas Cowboys have all joined in taking a knee or linking arms during “The Star-Spangled Banner” following Donald Trump‘s comments criticizing those who refused to stand for the anthem.

“Wouldn’t you love to see one of these NFL owners, when somebody disrespects our flag, say, ‘Get that son of a bitch off the field right now. Out, you’re fired,’” Trump said at rally in Alabama.

San Francisco 49ers quarterback Colin Kaepernick first sparked the movement in 2016 when he took a knee during a game. 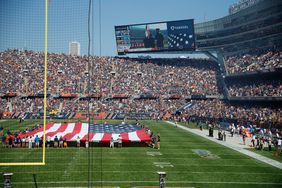 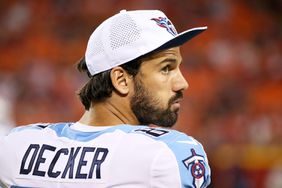 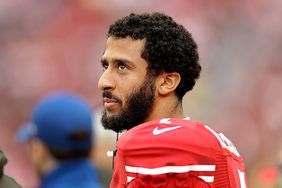 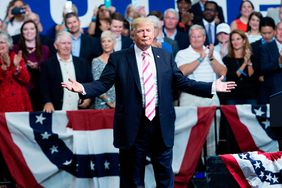