The Pioneer Woman star, 52, showed a glimpse of the tents for her daughter Alex's wedding this weekend in Oklahoma, as she pondered whether they could withstand the 23 mph winds. "Um we're having an outdoor wedding," Ree wrote with a photo on her Instagram story. "On the ranch. In Oklahoma. In early May."

She posted a video of one of the flags on top of the white tents blowing in the wind, with a GIF of Dorothy from The Wizard of Oz. "What could possibly go wrong???" she wrote.

Ree followed it up with a selfie in her car, with a skeptical look on her face. "Me, first driving upon the tent, trying to calculate the level of Oklahoma sustained winds it can withstand," she wrote.

The proud mom also shared a photo of Alex, 23, and her fiancé Mauricio Scott, 24, ahead of the happy couple's nuptials this Saturday. "These two aren't worried, though," she added. "Cause they've got a peaceful, easy feeling' (And that's a great way to be.)"

Alex announced in August that she was engaged to Scott, whom she met during her freshman year at Texas A&M University. "Still waiting for someone to pinch me??!?!" she wrote on Instagram at the time. "Mauricio Scott is the sweetest picture of God's goodness and provision. And I get to spend FOREVER with him!! I love you, fiancé!!!!!!!"

Alex also shared some details about their wedding in February on her mom's blog. With 13 bridesmaids and groomsmen, the color scheme will be pink and blue, "but not pastel, gender reveal party vibes."

The future Mrs. Scott revealed that they'll have a vanilla and strawberry wedding cake, as well as a football-themed groom's cake. The rest of the food will be catered by their family's restaurant The Pioneer Woman Mercantile, as her mother is "going to be off duty."

"Alex and Mauricio ultimately decided that the ranch would be the best place for them to say 'I do,'" Ree wrote in another post. "It's where Alex grew up, and it just feels like the right place."

Ladd broke his neck last month during a car crash with their nephew Caleb on their family ranch, and Ree revealed that her husband will have to wear a brace to the wedding.

"For both Caleb and Ladd to be okay—injured, yes, but fixable—after seeing the condition of their trucks makes me not want to spend one second complaining," she wrote on her blog at the time. 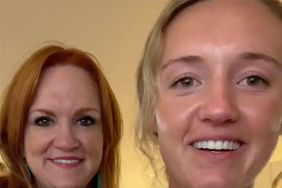 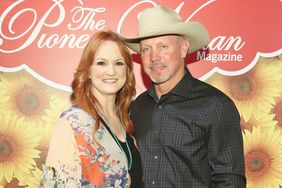 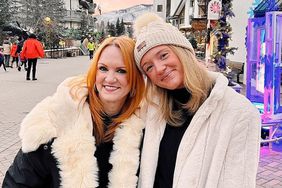