Rachael Ray is opening up about the horrific house fire that devastated her New York home last month.

During the season 15 premiere of The Rachael Ray Show on Monday, the celebrity chef, 52, gave viewers an inside look at the scorched aftermath of her home following the fire, which started in their 15-year-old chimney.

"On August 9th, my house burned," she said. "15 years of memories; 40 years of notebooks, drawings, thoughts, my life's work. In the years that I lived here, I learned an awful lot. In the few weeks since it burned, I think I've learned even more. Today, we're going to share what's left of our home with you."

Ray explained that she and her husband John Cusimano were about to enjoy dinner together when a man ran into their backyard screaming, "Your roof is on fire!"

"We run into the backyard and looked up and yeah, the roof is on fire," Ray said.

The man had already called 911, Ray said, as did Cusimano from their house phone. But the Food Network star decided to run upstairs to get "medicine, my notebooks, my mother's high school ring, things that when your house is burning down, you don't want to leave."

As Ray, who is a board member of the Denis Leary Firefighters Foundation, rushed to get out of the house, she ran into a firefighter. "We ran down the stairs, and John was going up the stairs as we were coming down the stairs, and I said, 'You can't go up there, you can hear the fire in the walls, ' " Ray said.

Luckily, the couple managed to make it out of the house safely with their dog, Bella.

The following day, Ray and Cusimano returned to their home to witness the aftermath of the destruction.

"The next morning, Greg Amyot, the fire investigator, put me in boots up to my hips and in gloves up my arms and in a really good-quality face mask to walk through the still-burning house," Ray recalled. "My house caught fire again the next day. Trucks had to come again the next day."

The couple said that they searched their bedroom to find clothing, but instead only found piles of ash. In addition, Ray's kitchen did not survive the blaze.

"No, the outer walls are standing, but they have to bulldoze the whole thing," she said. "I thought that my pizza oven had survived, and like 12 or 13 days later, something fell and broke the pizza oven, too."

"As of today, my house is being bulldozed," she shared.

RELATED VIDEO: Rachael Ray Is ‘Focusing on Gratitude’ After House Fire — According to Rachael Ray in Season's Editor in Chief

Following news of the blaze last month, Ray thanked her fans on Twitter for their well wishes, and showed gratitude to the firefighters who showed up to help extinguish the flames.

"Thank you to our local first responders for being kind and gracious and saving what they could of our home," she wrote at the time. "Grateful that my mom, my husband, my dog… we’re all okay." 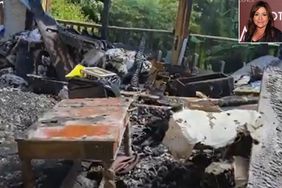 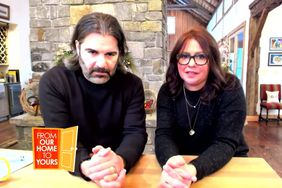 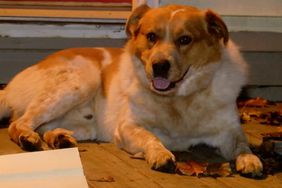 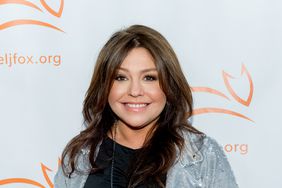 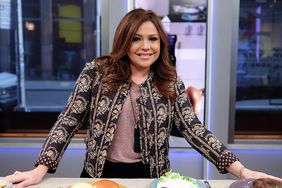