Guests at the Big Apple event on Manhattan’s pier 92 were responsible for voting in the 10th anniversary People’s Choice winner, but the chefs had to also impress a panel of burger-loving celebrity judges —including David Diehl, Elvis Duran, Jaymee Sire and Lance Bass—all responsible for tasting each and every burger.

WATCH THIS: Food Hack: Make The Best Burger Topping Ever

In February, Ray awarded a Miami local favorite Jr’s Gourmet Burger the People’s Choice Award winner during the South Beach Wine & Food Festival. Their burger—“That Guy’s Burger”—included a seasoned angus patty topped with cream cheese and guava, which was then sandwiched between white bread wrapped in bacon, and served with a side of guava ketchup. 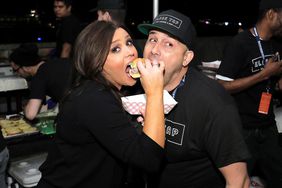 Rachael Ray Crowns the Best Burgers in All the Land 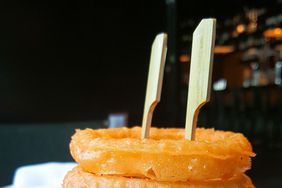 The Pastrami Has It! Make Michael Symon's Award-Winning Burger 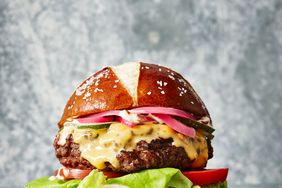 EXCLUSIVE: David Burtka's Pretzel Cheeseburger With Chipotle Mayo Is the Burger You Deserve to Eat