Ree Drummond's latest cookbook is officially on the way.

Earlier this week, the 52-year-old teased the release of her new collection of recipes, The Pioneer Woman Cooks ― Super Easy!, on Instagram as she wrapped up the finishing touches. "I just dotted the last 'i' and crossed the last 't' of my new cookbook, and it's now officially available for pre-order!" the restaurateur captioned the photos of her book cover and some choice dishes.

"Here's a sneak peek at some of the (seriously super easy!) recipes inside. I had a blast making this cookbook! It reflects my current low-stress cooking life," she continued. The book will include 120 "shortcut" recipes for any time of day.

The back cover of the book features a photo of Drummond and her husband, Ladd, with their family - daughters Paige, 21, and Alex, 23, sons Todd, 17, Bryce, 18, and Jamar, 18. Drummond's new son-in-law Mauricio Scott, 24, is also in the sweet family shot after his marriage to Alex in May.

In her post, the food blogger joked that her kids eat a lot and the cookbook reflects her time in quarantine with so many of them in the house.

"Being home with so many humans for so many months caused me to rethink the time I was spending in the kitchen, and I found myself reaching more and more for simpler recipes-and shortcut ingredients!" she said on her Pioneer Woman website.

"In the book, I share a great list of 'Shortcut Superhero' ingredients that will rock your world and save you a few steps...which means you can spend less time in the kitchen and more time hanging with your family," Drummond continued.

On Wednesday popular Food Network star also posted to Instagram photos of a few of her signature desserts that will be featured in the book, calling them "ridonkulously easy" for people to make at home before urging followers to pre-order their copy.

"These sweet treats are not non-caloric, but they are also not non-amazing, as long as I'm using double negatives today. My new cookbook is finished, at the printer, and is available for pre-order! ❤️," Drummond said.

The Pioneer Woman Cooks ― Super Easy!: 120 Shortcut Recipes for Dinners, Desserts, and More hits stores on October 19 and is available now for pre-order on Walmart, Barnes & Noble, Books-A-Million, and Amazon. 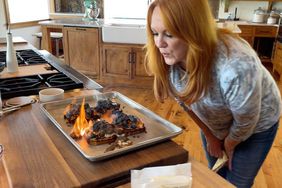 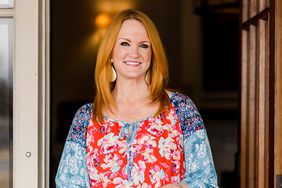 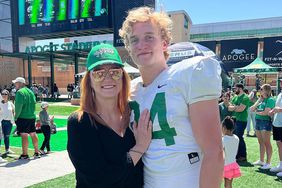