"I'm extremely attracted to my husband at age 48, which I think is pretty cool," says the Food Network Star

When Ree Drummond first met her husband Ladd in a smoky bar in her hometown of Bartlesville, Oklahoma, it didn’t seem like their lives were compatible: He was a fifth-generation cowboy who lived on a remote cattle ranch, and she was fresh out of college in Los Angeles with plans to continue the big city hustle in Chicago.

“I was boy crazy. That was my interest,” the Food Network’s Pioneer Woman tells PEOPLE in this week’s cover story, on newsstands Friday. “But he was just completely different than all the boys I’d been crazy about. I don’t mean to make it sound like Maria and Tony in West Side Story, but I was just sort of like, ‘Oh boy!’ My knees were weak.” Ladd, though far more reserved in his description of the evening, felt the same way: “There just wasn’t anything that I didn’t like about her,” he says.

A year and a half later, the two were engaged. The following year, she was pregnant with their first child (conceived on their honeymoon). For someone who says she “didn’t want to get married” and “hadn’t felt the calling” of motherhood, her life had taken a drastic turn — but she didn’t overthink it. “My heart was taking me there and I just felt like, ‘I’m gonna let this play out,'” she says.

Now the two have been married for nearly 21 years and their family has expanded to include four children, Alex, 20, Paige, 18, Bryce, 15, and Todd, 13. As for Ree’s number one tip for keeping their relationship strong? “We always touch feet at night,” she says. “Even if one of us a little bit miffed, or if someone’s not feeling it…if our feet touch, I always know, ‘Okay, it’s all good.'”

“I’m also extremely attracted to my husband at age 48, which I think is pretty cool,” she adds. “He’s just got these biceps…and if I see him on a horse, it’s all over.”

Vacation Like a Pioneer Woman! Ree Drummond Is Opening Up a Hotel for Fans

It’s a strong physical connection that she details in her memoir, The Pioneer Woman: From Black Heels to Tractor Wheels (which she describes as “Harlequin Romance meets Green Acres“), and on the blog that made her famous. “He’s such a good sport about things like that,” she says. “I tried not to be very exploitive about it, and I don’t think I was, but not every husband would be okay with their wife taking a picture of them in their chaps and posting it on the internet. He’s just always been kind of game. Quietly game.”

From Ladd’s perspective, “She always put the most romantic twist possible on everything,” he says. “There were parts of the book I’d read and think, ‘Well, I don’t think I was trying to be romantic there but she took it that way’…which worked out great for us.”

For all the details on Ree Drummond’s life on the ranch and adjustment to fame, plus more of our Food Faves, pick up PEOPLE’s Food Issue, on newsstands Friday.

And while her Food Network show depicts a version of their relationship like feels quite traditional—he’s out working the land while she’s in the kitchen, whipping up pies and casseroles—there’s more to their dynamic than what we see on television. “In many ways, our marriage is anything but traditional,” says Ree. “When I started my blog in 2006, Ladd was the only one that really understood what I was doing, probably before I even understood what I was doing. He wasn’t tech-savvy, but he just got it, and was totally on board with it.”

Want the ultimate dish on the latest celebrity and chef food news, plus exclusive recipes, videos and more? Click here to subscribe to the People Food newsletter.

Even as she has blossomed into a full-on business mogul, Ladd’s support has been unwavering, holding down the fort for weeks at a time while she travels the country on book tours and making television appearances. “He’s very much a modern father and husband,” says Ree.

In addition to a physical attraction and mutual admiration, Ree and Ladd also credit their lasting marriage to a shared faith. “This isn’t the answer for everybody, but we go to church together every Sunday,” she says. “It’s something that we do no matter what comes up. No matter how tired we are. I’ve seen the times that we’ve slipped away from that, and disaster is lurking in the bushes.” 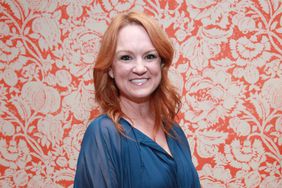 Ree Drummond Dishes on Her New Fitness Routine: 'I Want a Small Bottom and a Six-Pack' 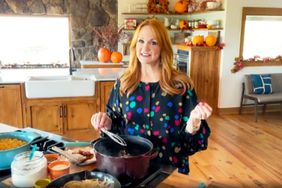