With just one Tweet, Patrick Stewart launched a global discussion on an issue that has been feverishly contested for hundreds of years: If you didn’t eat the crusts of your pizza, did you really eat the pizza?

Stewart asked this question and posted a photo of the leftover, nibbled-at crusts remaining on his plate after a pizza lunch in Rome, the capital of the country that invented pizza, imbuing his question with historic significance.

Twenty minutes after his original post, Stewart penned another pizza Tweet, this time to clear the air about whether or not he used a fork and knife to eat the pizza, which is considered sacrilege in America. (Though we will point out that Italians widely use cutlery to eat pizza.)

What do you think? Is the crust essential to the pizza? Would you dream of using cutlery to eat a pizza? Do you believe that Stewart really ate the pizza like a true American? Discuss. 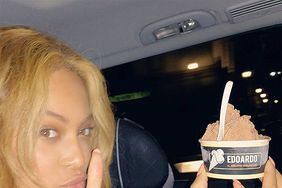 It's Official: Pizza Hut Really Is Selling a Pizza Surrounded by 28 Hot Dogs