"It was a challenging time, but it's a chapter that has long passed me," Pat Neely tells PEOPLE in this week's issue.

It's been four years since the former star of Food Network's Down Home with the Neelys got divorced from his wife and costar, Gina Neely, and he has not spoken about the split in public — until now.

"At the time, I was hurting. I was devastated. And I didn't have the words to explain it," Pat, 54, who ran his family's now-closed restaurants Neely's Bar-B-Que since he was 23, tells PEOPLE exclusively in this week's issue, on newsstands Friday. "It was a challenging time, but it's a chapter that has long passed me."

Both sides agree that after they'd been together more than 20 years, it was Gina who "wanted out of the marriage," as Pat puts it, but that's where their agreements end. Gina, 53, told PEOPLE in March that the bubbly, affectionate relationship they displayed on TV actually "wasn't healthy or happy."

Pat has fonder memories. "I truly had a blast," he says of filming 11 seasons of one of the network's top-rated shows out of their Tennessee kitchen. "One of the things that I'll always cherish about Down Home with the Neelys was that I had an opportunity to get on television every day and invite people into our home. And I was able to share that with my high school sweetheart, a woman I truly loved, and to be me. I never had to act."

Though he says he believed they would grow old together, Pat accepted Gina's surprise request to separate. "She made a decision that she wasn't happy, and I respected that," says Pat, who helped raise daughters Shelbi, 23, and Spenser, 29, with Gina. "I didn't give her a hard time," adds Pat, who talks to his daughters on the phone every week.

Their divorce litigation took only six hours, he says, and when it was over, it was the fans he thought of most: "I was so concerned that we had let them down, because I know they adored us together."

Pat — who is returning to the restaurant business as a culinary consultant for the ­Atlanta-based franchise This Is It! BBQ & Seafood — took the next year to dive back into work. "I thought that I would never get married again," he says.

But life threw him another curveball. While appearing as a celebrity chef on the Tom Joyner cruise in 2015, Pat met Tamika Parks, a registered nurse-anesthetist. "I guess you could say it was love at first sight," he says. "Tamika took me off guard."

"What attracted me to him was his integrity," says Tamika, 39. "He's a man of his word. Everything that he ever said to me, he has done."

"She and I have a lot in common," says Pat. "For one, we love family and we love children." Adds Tamika: "I like to eat and he likes to cook, so it works."

To Rome for Love Sparked Gina Neely's Post-Divorce Dating Life: 'I Want to Get Married Again'

Pat considers Eijah, 5, Tamika's son from a previous relationship, his own child. "I don't believe in stepchildren," he says. "The only steps in this house are the ones that go upstairs and downstairs." The couple expanded their family when they welcomed a daughter, Eriel, 3 months, in July.

Whether he's changing diapers or teaching Eijah how to grill on their patio, Pat never takes any of it for granted. "You come to appreciate when life is really good," he says.

Though he kept their relationship private at first, Pat can't keep his joy to himself any longer.

For read more about Pat Neely's exclusive story, pick up the latest issue of PEOPLE on newsstands Friday.

"I run across a lot of people, men in particular, who are going through what I went through four years ago," he adds. "I know it looks bleak now, but I tell them, 'You just never know what wonderful things are in store for you.'" 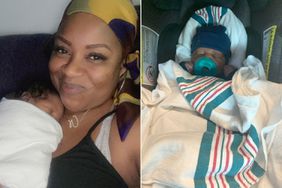 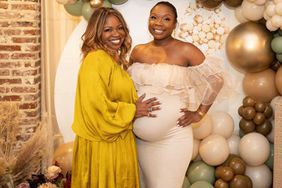 Gina Neely Is a Grandmother! Daughter Gives Birth to First Baby: 'My Heart Is About to Explode' 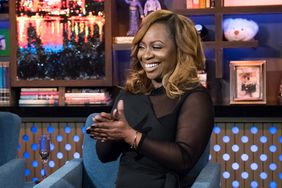 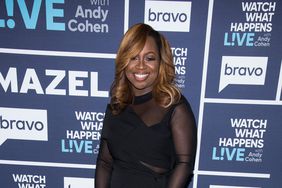 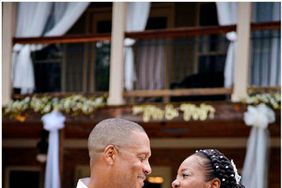 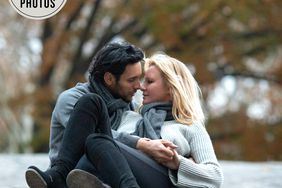 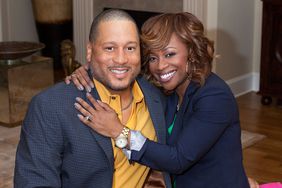 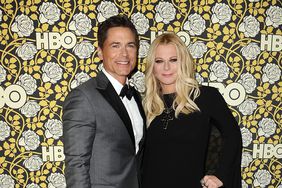 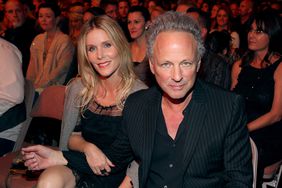 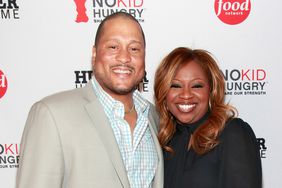