Padma Lakshmi visited a Top Chef contestant, Fatima Ali, who underwent surgery Tuesday to remove a tumor from her shoulder

The host and judge, 47, shared a photo of herself with Chef Fatima Ali on Instagram Tuesday as the chef prepared to head into surgery to remover a cancerous tumour.

“I’d love it if everyone joins me today in saying a special prayer for our @cheffati who went into surgery a couple hours ago,” Lakshmi wrote in the caption. “She was in good spirits when we walked her into OR, and am hoping for a great outcome today. #topchef #topchefmemories@bravotopchef” with the added hashtag of “#f—cancer.”

Ali, who is a 28-year-old season 15 contestant on Top Chef, was diagnosed with Ewing’s Sarcoma last fall.

The chef also shared a photo of herself on Instagram before her surgery to remove the tumor from her shoulder.

“Going in for surgery today to get that tumor out of my left shoulder. Feeling content knowing I have so many well wishers and prayers from all around the world. ♥️,” she wrote, with the hashtag “#f—cancer.”

Ali opened up about her diagnosis on Bravo’s The Daily Dish, saying she was grateful to Lakshmi and Top Chef for supporting her in an interview in December.

“All of the contestants have reached out in many ways; we are a tight group. I’ve had an outpouring of lovely messages and care packages from the production team and the producers,” Ali said. “And Padma has been wonderful. We’ve caught up over lunch, and she has come to sit with me during my chemo treatments to keep me company. I’m pretty thankful for my Top Chef fam.”

Ali said she found out about her cancer after she began experiencing pain while working at a pop-up restaurant at the US Open last fall.

“I brushed it off as a pulled muscle from cooking,” she said. “Then I woke up one morning toward the end of the event, with excruciating pain in a very swollen shoulder and went straight to the emergency room.”

From there, Ali said, she underwent a series of tests and biopsies that resulted in a diagnosis three weeks later.

“I’m 28, so hearing that I had a rare and high-grade tumor that is potentially life-threatening was a serious shock to the system,” Ali said of her reaction to her diagnosis. “I suppose I’m handling the news the best that I can: having friends and family around, watching lots of cheesy old TV shows, spending time with my cat, Mr. Meow. I’m just trying to be as a normal as I can when the chemo isn’t kicking my a—.” 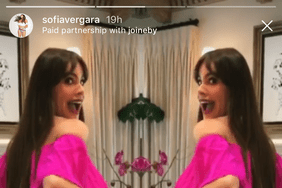 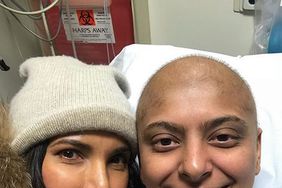 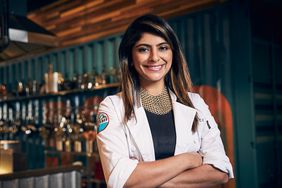 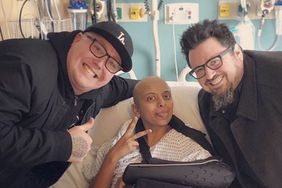 Celebrity Chefs Honor Fatima Ali Following Her Death: 'You Will Be in My Heart Forever' 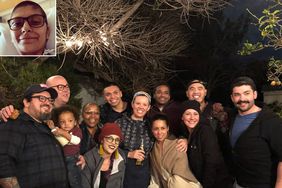 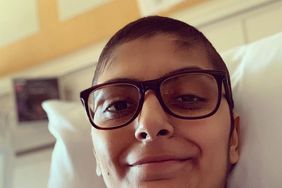 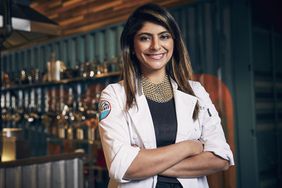