"Even world famous chefs need their nails done once in a while," said Padma Lakshmi after spotting her friend José Andrés getting pampered

Padma Lakshmi got a nice treat during her recent trip to the nail salon — she ran into José Andrés!

The 50-year-old Top Chef host was getting her nails done in New York when she saw the celebrity chef and his wife at the same salon. She posted a selfie with Andrés, 51, on her social media accounts saying, "Even world famous chefs need their nails done once in a while 😂."

"A very New York moment™️ shout out to @chefjoseandres's lovely wife Patricia in the background 💗 #selfcare," Lakshmi added in the caption of the post on Instagram.

Andrés reshared the photo on his page explaining that he was getting ready for his daughter's graduation and needed to look good.

"My daughter is graduating tomorrow at @NYUStern and I need to have my nails perfect!😂😘 love to see you @PadmaLakshmi and thanks for all you do for the voiceless….," said the father of three, responding on Twitter.

Other than celebrating his daughter's big day, Andrés has been giving back to the community as the COVID-19 vaccine becomes available nationwide. Earlier this month, he announced a sweet deal for his Washington, D.C. residents that receive the vaccine. Any customer of his ThinkFoodGroup restaurants that shows proof of vaccination will receive a $50 gift card. The deal runs only at ThinkFoodGroup establishments in the nation's capital until 70 percent of the U.S. population is vaccinated.

The chef owns several restaurants in Washington, D.C. and even more across the globe. He told MSNBC at the time why he wanted to promote getting the COVID-19 vaccine through his businesses.

"I would not say it's a 'plan,' but it's just one more way that a citizen like me can be helping change the minds of people that maybe are not sure yet about getting the vaccine," he told the outlet. "If getting a gift card into one of my restaurants so they can bring their families is the way to convince them to get the vaccine, I think this is my little contribution in my community." 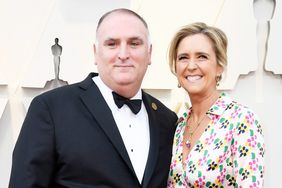 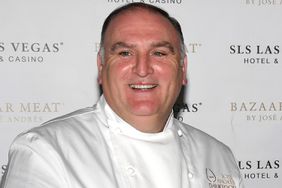 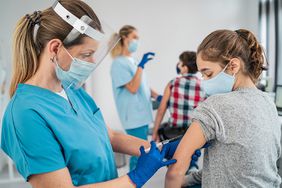 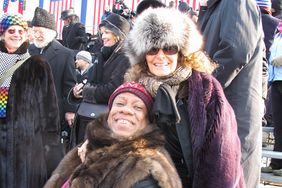