The Top Chef host celebrated her 50th birthday on Tuesday with boyfriend Adam Dell and their daughter Krishna, 10

Padma Lakshmi rang in her 50th birthday alongside the two most special people in her life, and of course she had to have a gorgeous cake for the occasion.

On Tuesday, the Top Chef host celebrated her milestone birthday with her boyfriend Adam Dell and their 10-year-old daughter Krishna.

The festivities, which Lakshmi documented in photos, involved an abundance of "50" balloons, a beautiful bouquet of flowers, and a fig and meringue cake.

In one snap from the celebration, Lakshmi sat down beside her daughter as the two worked together to blow out the cake's candles while Dell, 50, looked on with a smile.

In addition to Lakshmi's at-home birthday bash, the cookbook author celebrated her birthday with an Instagram montage video, played to a song written and performed by Krishna. The montage featured photos throughout Lakshmi's life, dating back as far back as Lakshmi's childhood in India before immigrating to New York at age 4.

"You're a bada-- woman, you're a working machine, you're a gorgeous goddess, you're a warrior queen," Krishna belts out.

On Tuesday, Lakshmi marked her birthday with a heartfelt Instagram post in which she opened up to her fans about the past year and feeling "truly blessed" for her family and career.

"Birthday thoughts ⛅️ This year has been a mix of misery and elation," she began her lengthy post.

After drawing attention to some of this year's hardships — including the coronavirus pandemic and protests against racial injustice and police brutality — Lakshmi said that "personally, at home things were peaceful."

"We made a cocoon for our family. We lived for the first time-all under one roof," she said. "We became closer."

Lakshmi also expressed her appreciation for her new Hulu original travel series Taste the Nation, which premiered on June 19, and does a deep dive into the diverse food cultures that make up the U.S. today.

"I cannot ask for anything more," she said. "I am truly blessed: a loving and attentive partner, a child that continues to be a miracle every day and work that I am proud of and fully engaged by with people I love."

Lakshmi and Dell began dating in 2009, two years after she divorced novelist Salman Rushdie. She and Dell welcomed their daughter together in 2010. 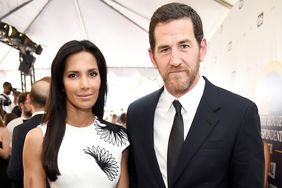 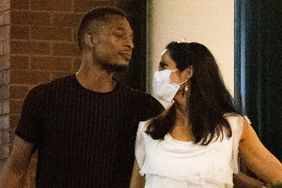