Prior to being cleared by an investigation, authorities suspected the on-duty officers' fast food order was poisoned with bleach

Authorities have determined there was "no criminality" after three officers became sick from Shake Shack milkshakes — originally suspecting deliberate poisoning.

On Monday night, a statement from the New York City Police Benevolent Association warned officers of a potential "serious safety issue," claiming that a trio of N.Y.C. police officers ate at a Lower Manhattan Shake Shack while on duty and became ill.

The message alleged that a "toxic substance, believed to be bleach, had been placed in their beverages." Officers were instructed to "carefully inspect" prepared foods purchased while on duty for "possible contamination" amid ongoing protests against police brutality.

"When New York City police officers cannot even take meal without coming under attack, it is clear that environment in which we work has deteriorated to a critical level," read the statement.

Shortly after learning of the situation, Shake Shack issued a statement saying they were "horrified" by the initial reports.

Early Tuesday morning, however, authorities announced that, following a "thorough investigation," there "was no criminality by Shake Shack's employees," according to NYPD Detective Chief Rodney Harrison.

"Our team is working hard to get the full picture," the fast food chain tweeted in response. "In the meantime, we’re relieved to hear the officers are all okay."

A spokesperson for Shake Shack did not immediately respond to PEOPLE's request for further comment.

According to an NYPD spokesperson, the officers ate at the restaurant at about 8:30 p.m. on Monday, and "soon complained of not feeling well after drinking shakes." They were taken to a nearby hospital for treatment and observation, said the spokesperson, and they have since been discharged. 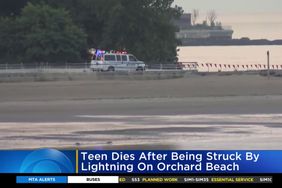 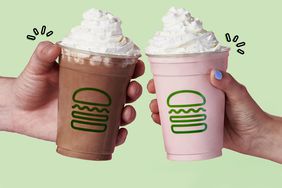