"It really developed into a grateful reflection on how and what we eat can light up our days in dark time," Nigella Lawson tells PEOPLE

Nigella Lawson is pulling back the curtain with her latest cookbook.

The British chef and television host's upcoming new book Cook, Eat, Repeat combines delectable recipes with personal essays about her life and experiences with food over the years.

“This is such a deeply personal book, drawing on the flavors and recipes that I return to again and again," Lawson tells PEOPLE exclusively. "And, given the time in which it was written," she adds, referencing the COVID-19 pandemic, "it really developed into a grateful reflection on how and what we eat can light up our days in dark times.”

The book, which will be published April 20, 2021 by Ecco, goes in-depth on Lawson's kitchen rituals with over 100 recipes that feature some of her favorite ingredients. Dishes include Burnt Onion and Eggplant Dip, Chicken with Garlic Cream Sauce, and Beef Cheeks with Port and Chestnuts.

Nigella Lawson: 'I Can Never Say How My Life Is Because I'm Too Busy Living It'

The mother of two has remained relatively private since enduring a messy divorce to her second husband, Charles Saatchi in 2013. In 2019, she gave a rare interview to the New York Times and opened up about resenting her public persona of being a "domestic goddess."

“What I’ve learned is that a lot people project onto you something which is a function of their own take on the world,” she said. “And once people have that view of you, anything can be made to be that thing they’ve already decided.”

In her new book, she will open up once again. “The recipes I write come from my life, my home,” Lawson says in a press release. She hopes the book inspires every home chef, whether they are looking for a family dinner staple, a plant-based meal, or a new holiday feast favorite.

Aside from the recipes, Lawson's thought-provoking essays on food flood the pages with topics like "declaring death to the 'guilty pleasure,'" and asking what in fact is a recipe.

“Food, for me, is a constant pleasure: I like to think greedily about it, reflect deeply on it, learn from it," she says. "It provides comfort, inspiration, meaning, and beauty…More than just a mantra, ‘cook, eat, repeat’ is the story of my life."

Cook, Eat, Repeat is currently available for preorder on Amazon for $31.99. 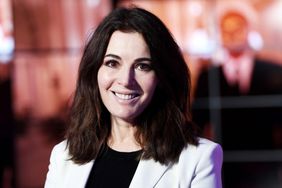 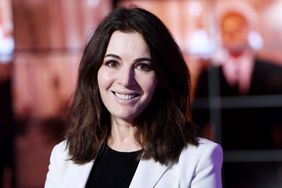 Nigella Lawson on That Viral Microwave Clip: 'I Can't Say It Anymore' 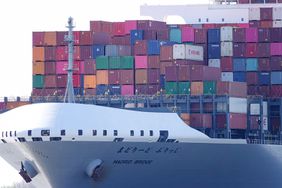 Cookbooks Sink to Bottom of the Ocean After 'Bizarre' Shipping Incident 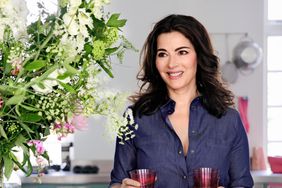 Nigella Lawson on the Joy of Food and Her Life in Quarantine: 'I've Grown to Love Solitude'

Nigella Lawson: 'I Can Never Say How My Life Is Because I'm Too Busy Living It' 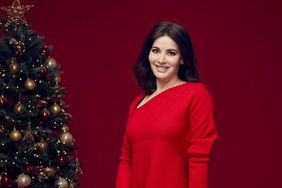 Nigella Lawson, 60, Didn't Think She'd 'Be Alive by This Age' After Several Loved Ones Died Young

In the Kitchen with Nigella Lawson