The domestic guru is opening up about her five month stint at West Virginia's Alderson Federal Prison Camp.

Martha Stewart is opening up about her five month stint at West Virginia’s Alderson Federal Prison Camp in 2004, calling the experience “horrifying.”

Since it’s been 13 years since Stewart was sentenced for lying about the sale of a stock, Couric wondered whether the domestic guru felt it was a growth experience for her after all this time.

“[Did I feel] that ‘you can make lemons out of lemonade’ and ‘what hurts you makes you stronger’? No. None of those adages fit at all,” she said on the podcast, which has also hosted stars like Alec Baldwin, Ina Garten and Julia Louis-Dreyfus. “It’s a horrible experience, nothing is good about it, nothing.”

Stewart, now 76, was placed in minimum security prison, but assured Couric that it was no walk in the park. “There are lots and lots of disturbing things that go on in an incarceration like that,” she said. “In minimum security you still couldn’t walk out the gate or cross the river. There’s still guards and it’s still nasty.”

The home cook also credited her negative experience to “being taken away from your family, being maligned, and being treated the way you were treated,” she said. “It’s horrible and especially when one does not feel one deserves such a thing.”

But with her ever-expanding empire, like the release of her 89th cookbook, Martha Stewart’s Slow Cooker, and the success of her show Martha & Snoop’s Potluck Dinner Party, Stewart refuses to let those unbearable five months define her.

“One thing I do not ever want is to be identified or I don’t want that to be the major thing of my life,” she said. “It’s just not fair. It’s not a good experience and it doesn’t make you stronger. I was a strong person to start with and thank heavens I was and I can still hold my head up high and know that I’m fine.”

The full interview with Stewart is available through the Katie Couric podcast on Thursday. 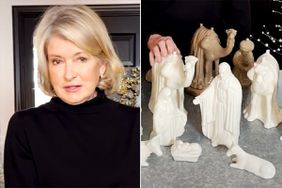 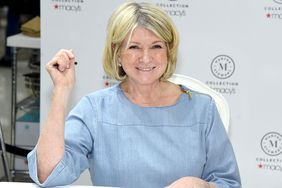 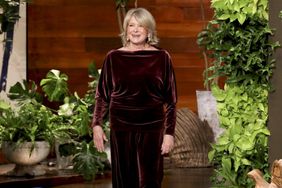 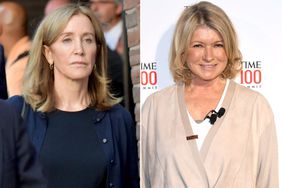