The Wahlbergs‘ foodie empire is an ever-changing family affair.

Currently, Mark, Donnie and Paul Wahlberg own 24 fully-functioning Wahlburger fast food joints with two in the process of having soft openings and 14 more on the docket to open this year.

The brothers recently expanded their brand to sell their specialty beef blend in supermarkets. They’re starting with fresh beef because Paul, who has an extensive culinary background, insisted on it, but Mark and Donnie “talked him into doing frozen” too.

The trio also stars in A&E’s hit show Wahlburgers, which details the brothers’ family dynamic working together while also continuing their own separate careers. The ninth season of the reality show premieres Wednesday night, returning with one-hour episodes instead of 30-minute ones.

This season is different from the past because the family is open to being more vulnerable about the pressures that come with expanding their business, says Donnie.

“I think we were a week into the show when Mark and Paul have sort of a knock-down drag-out argument,” he jokes. “Paul and I have had a few run ins. As the business grows, so does the pressure. Mark and I move at a different speed and a lot of those conflicts are really coming out.”

Mark Wahlberg Hopes to Pass His Restaurant Chain on to His Kids One Day: ‘That Is the Dream’

Donnie says watching this season was particularly special because he’s seen himself get closer with both his brothers, and Mark has really let his guard down.

“I’m probably the closest person to Mark in his entire life and visa-versa since we were kids. We literally spent every moment together of our childhood up until our late teen years so to see how close we’re getting in the show and to see some of the frustrations come out, it’s really powerful to watch for me,” he says.

For Mark, the experience of filming their TV show and building the restaurants together is equally emotional.

“This is truly a family affair and it’s brought us all closer together,” he tells PEOPLE. “Having more reasons to spend time with each other has been a huge side benefit of the business.” 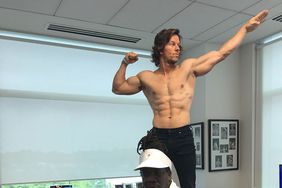 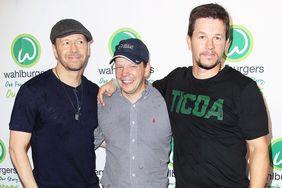 Burgers for Everyone! Wahlburgers Will Open 100 to 150 New Restaurants Nationwide