The "Bloody Valentine" rapper, 30, spoke about his girlfriend's favorite foods during Thursday's appearance on 104.3 The Shark.

When asked about what the couple would get as a late-night treat, Kelly revealed that his go-to meal is far different than the Transformer star's order.

"She’s probably ordering sushi," he said. "She eats super healthy. Everything is gluten-free and organic on her menu."

"My menu’s like, Shake Shack, cheeseburger," the musician continued with a laugh.

However, Kelly explained that he's "trying to get on that wave" when it comes to healthier dishes.

"It would be cooler if there was just a soup place that was open all night. I would just order soup all night…isn’t soup fire?!" he mused. "Soup goes super hard. I was not into the soup game for some years and now I totally get it. It's almost like the adult cereal."

Kelly was first linked to Fox, 34, back in May when pictures of them spending time together started circulating, prompting the actress' estranged husband Brian Austin Green to confirm that he and the actress had separated late last year after 10 years of marriage.

Last week, Fox shared another mirror selfie of the two, this time with Kelly showing off his chest tattoos with a towel wrapped around his waist as the actress wore a bikini top and a towel around her waist, as well.

Her ex Green then copied her caption in his own Instagram slideshow the same day, highlighting his love for his four sons — three of whom he shares with the star.

"Achingly beautiful boys...... My heart is yours," Green, 47, captioned the post, which included pictures of Noah Shannon, 7, Bodhi Ransom, 6, and Journey River, 3. The post also featured son Kassius, 18, who he shares with ex Vanessa Marcil.

A source recently told PEOPLE that Green has been "annoyed" that Fox "moved on so quickly" after their split.

"Brian is annoyed that she is so focused on her relationship with Machine Gun Kelly," the source said. "He doesn't understand the need to post social media pictures with silly captions to proclaim her love for him. They aren't even divorced yet."

"It definitely annoys Brian. And it stings a bit too that Megan moved on so quickly," the source continued. "Megan was always very private, so Brian just doesn't get what changed." 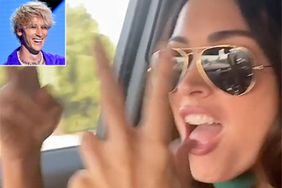 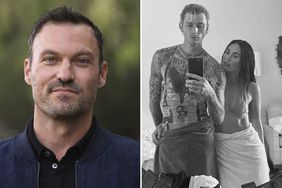 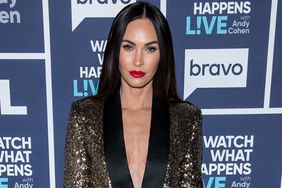 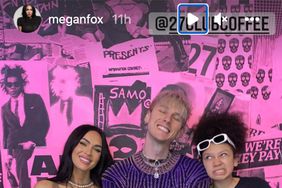