Kris Jenner Breaks Her Silence About Kylie's Cereal and Milk Revelation: 'It's All My Fault'

"I let the kid eat dry cereal and I think it just kind of stuck with her," says the Kardashian family matriarch.

Many celebrities have unusual eating habits: Channing Tatum puts Cheetos in his PB&Js. Kourtney Kardashian eats Reese’s cups like a mouse with obsessive perfectionism. Chelsea Peretti eats around the icing on layer cakes. Jennifer Lawrence once put a mound of chili spaghetti between two slice of pizza and called it a sandwich.

But perhaps no dietary quirk has caused such a stir as Kylie Jenner‘s recent admission that she has never put milk in her cereal before. “Last night i had cereal with milk for the first time. life changing,” she tweeted on Tuesday evening, as if it were the most casual admission in the world.

While a social media frenzy ensued, with many wondering how a person could make it 21 years without ever trying perhaps the most common childhood breakfast in America, we had yet to hear from the matriarch of the family, Kris Jenner—until now.

RELATED: Kylie Jenner Trades in Ramen Noodles for Organic Smoothies — Get Her Recipe

Speaking on the phone to E! News, Kris let the blame rest on her shoulders. “It’s all my fault. Guilty as charged,” she said. “I let the kid eat dry cereal and I think it just kind of stuck with her.”

She also addressed the Kylie Jenner cereal truthers, a growing online faction who pointed out that the youngest KarJenner sister once posted a photo of cereal and fresh berries situated in a pool of what appears to be milk in 2013.

“There’s every possibility that we really don’t know what’s in the milk,” said Kris. “It could be almond milk; it could be something mixed with coconut for all we know. There’s nothing that proves it was actually milk.”

Kris, for what it’s worth, also said she herself prefers almond milk in her cereal. 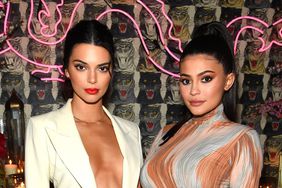 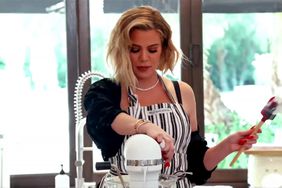