Don't fall for it, mom and dad!

Come on, mom and dad: Don’t fall for it!

If you’ve been on social media lately, then you have probably come across the #microwaveturkey hashtag. If not, here’s the deal: People are asking their parents for instructions on how to cook a whole 25-lb. turkey in the microwave, then screenshotting the hilarious responses. Little did the parents know their children were pranking them.

Of course anyone with any prior experience with turkey knows that thoroughly cooking a 25-lb. bird in a microwave is nearly impossible and very dangerous in a number of ways. But that didn’t stop many moms and dads from falling for the joke.

One mother suggested flipping the turkey every hour in the microwave to ensure that the meat cooks, while other parents suggested Googling or watching YouTube for instructions.

Even some grandmothers fell for the prank—though one in particular was surprisingly open to the method.

91,000 Lbs. of Turkey Recalled Amid Widespread Salmonella Outbreak Ahead of Thanksgiving

Some parents, however refused to be fooled.

If you’re actually in need of guidance on how to cook a turkey (not in the microwave!), we recommend Ree Drummond’s perfect method. 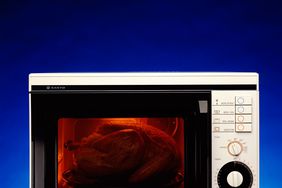 Can You Actually Microwave Your Thanksgiving Turkey? Butterball Says Yes 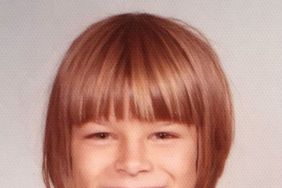