Justin Bieber has made no secret of his fanatical love for Tim Hortons. And now, he's taking their relationship to the next level.

The Canadian-born superstar, 27, has joined forces with the Canadian fast food chain to collaborate on a series of "new menu innovations and co-branded merchandise," it was announced on Wednesday.

Fans can get the first taste of the partnership with the launch of Timbiebs Timbits, a limited-edition selection of the brand's beloved donut holes.

Bieber — who, according to a press release, told Tim Hortons that Timbits are his favorite items on the menu — helped the brand's Director of Culinary Innovation experiment with different flavor combinations and recipes until they landed on chocolate white fudge, sour cream chocolate chip, and birthday cake waffle.

His three unique flavors will be available for sale in the United States and Canada starting Nov. 29. That same day, a lineup of Timbiebs Timbits merch will also be available at participating restaurants.

Wear Your Appetite on Your Sleeve with This Food-Inspired Apparel
Justin Bieber Slams Tim Hortons' New Coffee Cup Lids: 'It's a Damn Outrage'

The partnership between Tim Hortons and Bieber was first teased on Monday, in a photo Bieber shared to his 203 million followers on Instagram.

"Working on something," he wrote, tagging Tim Hortons.

That post included a Bieber's Tim Hortons email address, too.

"If you've made it here by now, you deserve to know that something special is brewing between me and Tims in Canada and the US," an automatic message from the address read. "More to come..."

To celebrate the collaboration, Tim Hortons also dropped a TV commercial with Bieber. The hilarious spot features Bieber brainstorming on Timbits flavors with a Tim Hortons employee, telling the staffer that he's "obsessed" with the brand.

Chocolate white fudge, sour cream chocolate chip, and birthday cake waffle ultimately make the menu, but there appeared to be a few of Bieber's suggestions that got left on the cutting room floor — including apple banana and apricot latte.

Maybe the next batch? 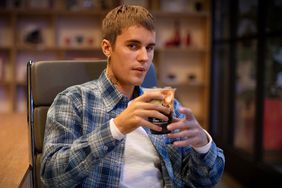 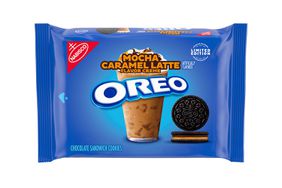 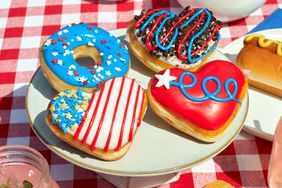 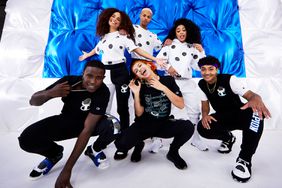 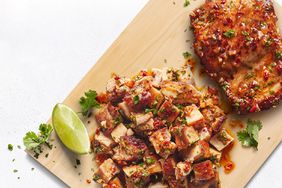