To more than 2.5 million followers on social media, Jonathan Cheban is known as the “FoodGod,” so it’s only natural that the reality star’s newest venture is in the culinary world.

Cheban, an entrepreneur who also stars on Keeping Up with the Kardashians, has launched Prepped Delivery, a fresh pre-prepared meal delivery service

“People were always asking me about where to go and what to eat,” Cheban, 42, tells PEOPLE of his frequent posts on the unique dishes he samples around the world. (Remember the reindeer meat in Iceland?) “No one eats at restaurants as much as I do. So I wanted to do something gourmet, but accessible for everyone.”

And Cheban certainly has the background to weigh in on delectable dishes. The former publicist, who recently was a judge at N.Y.C. Food & Wine Festival’s Burger Bash, is known for his adventurous palate.

“The most surreal dining experience I’ve ever had was at Sublimotion in Ibiza,” Cheban reveals of the $3,000 per person single table restaurant. “It was overwhelming, like a trip!”

WATCH: Kim Kanye Jet Off on a Trip to Iceland with Kourtney and Jonathan Cheban

When it comes to Prepped Delivery, Cheban also had some advice from a fellow talented pal.

“I get so inspired by people like Kanye [West], who are so focused on the way things look,” says Cheban. “I’ve been learning a lot by watching him talk about branding and packaging. I love his simplicity, but the fact that there is still a strong message.”

And Cheban has no plans to quit while he’s ahead. Says the TV personality: “People always ask me, ‘What do you do all day?’ Some think I do nothing but drive a Bentley around and hang out with Kim [Kardashian West]. But I’ve been working my butt off for 20 years. And I’m still going.” 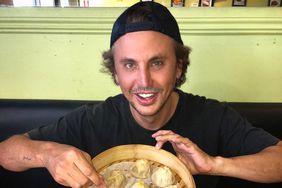 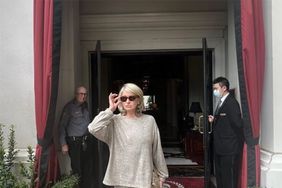